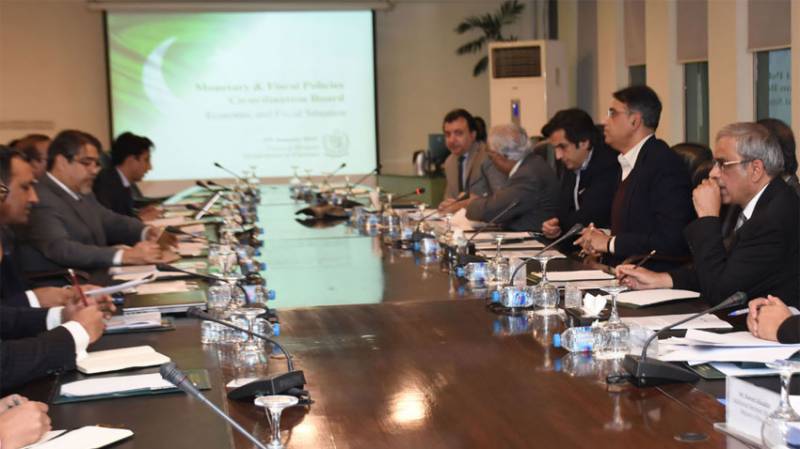 A meeting of Monetary and Fiscal Policies Coordination Board with Finance Minister Asad Umar in the chair in Islamabad has reviewed the fiscal and monetary policies of the country.

During the meeting, the ongoing adjustment plan for fiscal consolidation was presented to the Board.

While reviewing the fiscal policy, the Board observed that there is further scope for tightening of the fiscal stance.

The corrective measures taken by the government, both on the fiscal and quasi-fiscal deficit were also discussed during the meeting.

The meeting observed that fiscal consolidation is a key element of the adjustment plan and necessary for ensuing macroeconomic stability.