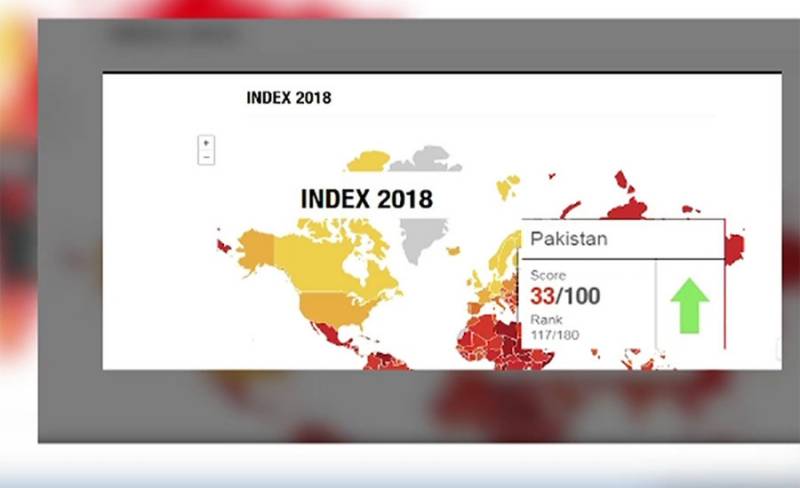 *LAHORE – The Transparency International has revealed the Corruption Index Report 2018.*

*Pakistan has a slight improvement in the 2018 Corruption Perceptions Index scoring just a point higher than in 2017 but remaining unchanged in the rankings.*

The* Transparency International* link on Tuesday released a *“Corruption Perception Index (CPI) 2018”* report. The report stated that *Pakistan scored 33 out of 100* in the index – one point better than its score of *32 in 2017*. It’s overall ranking.

According to the report, more than *two-thirds* of countries score below *50 on this year’s CPI,* with an average score of just 43. The *US lost four points to score 71 out of 100,* sending the country tumbling out of the top 20 for the first time since 2011.