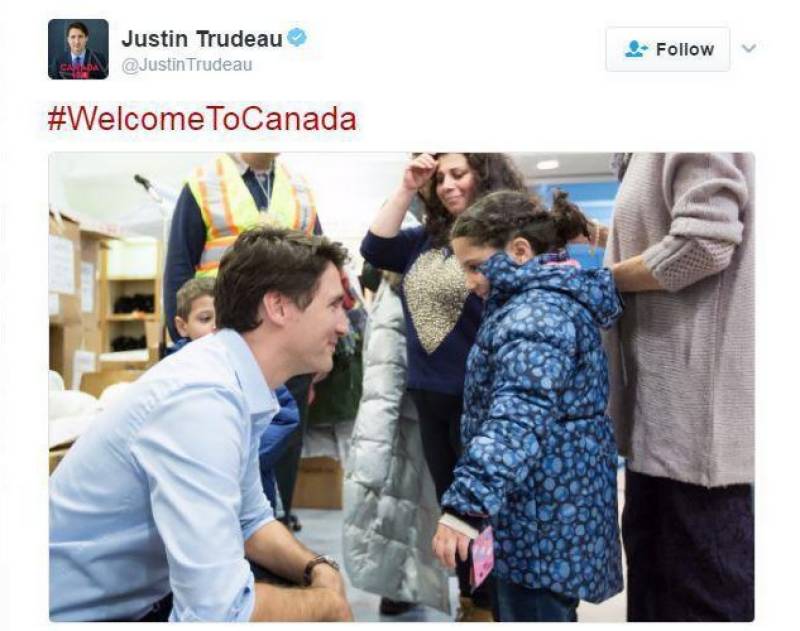 OTTAWA: Canada will offer temporary residence to people stranded in the country as a result of US President Donald Trump´s travel ban, the immigration ministry said Sunday.

Immigration Minister Ahmed Hussen, speaking at a news conference, did not indicate how many people were blocked in Canada after Trump on Friday suspended the arrival of all refugees for at least 120 days and barred entry to the US for 90 days for people from seven Muslim majority countries.

Hussen also said that the Trump administration had assured Ottawa that Canadians holding dual nationality with those countries would not be affected by the US ban.

"To those fleeing persecution, terror & war, Canadians will welcome you, regardless of your faith. Diversity is our strength #WelcomeToCanada," Trudeau posted on Twitter.

Trump suspended the arrival of refugees to the United States for at least 120 days, with those from Syria barred indefinitely. He also blocked entry of people from Iran, Iraq, Libya, Somalia, Sudan, Syria and Yemen for the next three months.

According to the latest Canadian census, from 2011, one out of five people in the country are foreign-born.

Canada has welcomed more than 39,670 Syrian refugees between November 2015 and the beginning of this January, according to government figures.