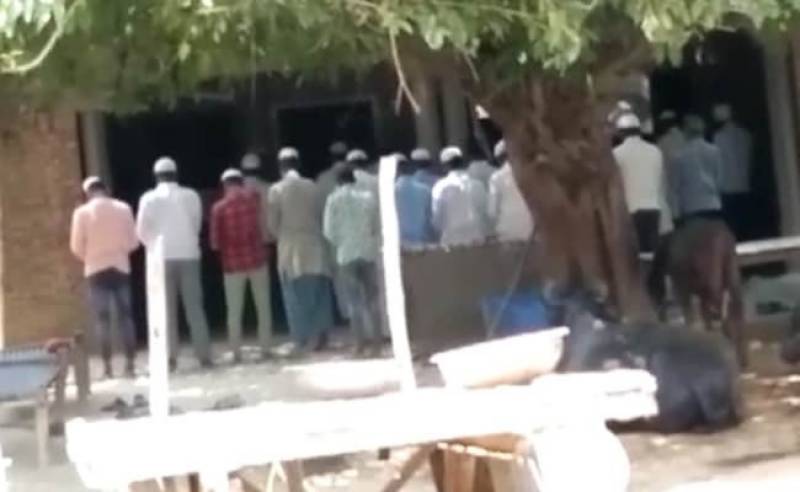 LUCKNOW – Indian police registered a case against a group of Muslim for a "mass gathering" to offer prayers at a house privately without prior permission from authorities in Uttar Pradeh state.

The incident reportedly occurred on August 26 in Dulhepur village that does not have a mosque and Muslims have to gather at a house to offer prayers.

The FIA was registered on a complaint filed by Hindu residents of the village, claiming that the prayers gatherings were spreading hatred among people, reports said.

Following the FIR, police have arrested 26 people under the Indian Penal Code's Section 505-2, which is supposed to be for hostile statements made in a religious gathering.

The action comes after photos and videos of people offering namaz at their house went viral on social media.

A number of social media users have expressed concerns over the bias of the villagers and their lack of rationality.

"This is what criminalisation of an entire religion looks like," said Indian journalist Kaushik Raj.