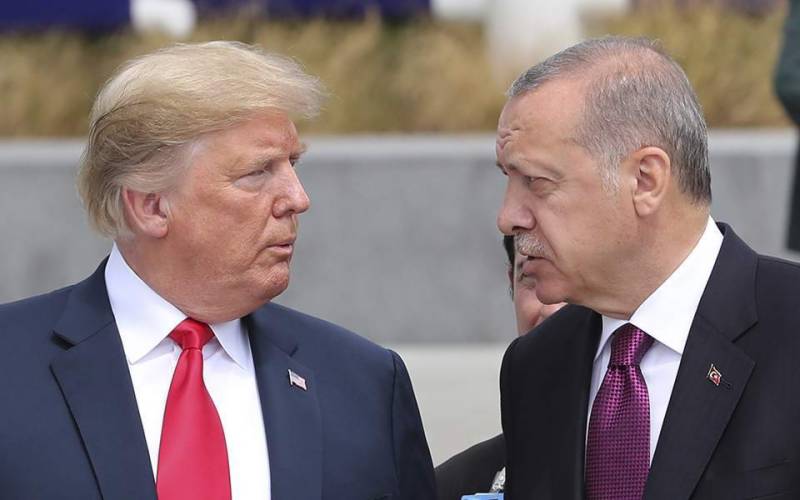 ANKARA (AA): Turkey’s president announced Friday that he would meet with his U.S. counterpart in the UN General Assembly in late September.

Recep Tayyip Erdogan told reporters that he would mainly discuss the issues surrounding the northwestern Syrian town of Manbij, on which Turkey and the U.S. came to a deal focusing on the withdrawal of YPG/PKK terrorists from the region.

Erdogan also underlined that Turkey would “take care” of itself if the the Washington continued its current stance on Turkey’s exclusion from the F-35 fighter jet program.

U.S. officials have expressed that short of completely doing away with the Russian S-400 system, Ankara would not be allowed to return to the Joint Strike Fighter program.

The Trump administration suspended Turkey from the F-35 system over Ankara’s receipt of Russian S-400 missile defense systems, but there is some hope centered on a compromise wherein Turkey could keep the Russian anti-air system, but keep it turned off in order to return to the program.

U.S. President Donald Trump has repeatedly voiced reluctance to penalize Turkey over its purchase of Russia’s S-400 missile defense system, doing so when announcing Ankara’s removal from the program in July.

The Trump administration has maintained that the S-400 system could expose the advanced fighter to possible Russian subterfuge and is incompatible with NATO systems.

Turkey, however, counters that the S-400 would not be integrated into NATO systems and would not pose a threat to the alliance.

Regarding a safe zone in northern Syria, the U.S. and Turkey agreed to establish Erdogan said that US delegation sought to further narrow 20-mile safe zone, though temporary agreement holds.

Turkish and U.S. military officials reached an agreement on Aug. 7 that the safe zone in northern Syria will serve as a “peace corridor” for displaced Syrians longing to return home and a Joint Operations Center in Turkey will be set up to coordinate its establishment.

Turkey and Russia agreed last September to turn Idlib into a de-escalation zone where acts of aggression are expressly prohibited.

Under the deal, opposition groups in Idlib would remain in areas where they were already present, while Russia and Turkey would carry out joint patrols in the area to prevent a resumption of fighting.

The Syrian regime and its allies, however, have consistently broken the terms of the cease-fire, launching frequent attacks inside the de-escalation zone.

The de-escalation zone is currently home to some 4 million civilians, including hundreds of thousands recently displaced by regime forces throughout the war-weary country.

Syria has been locked in a vicious civil war since early 2011, when the Assad regime cracked down on pro-democracy protests with unexpected ferocity.

Since then, hundreds of thousands of people have been killed and more than 10 million others displaced, according to UN officials.