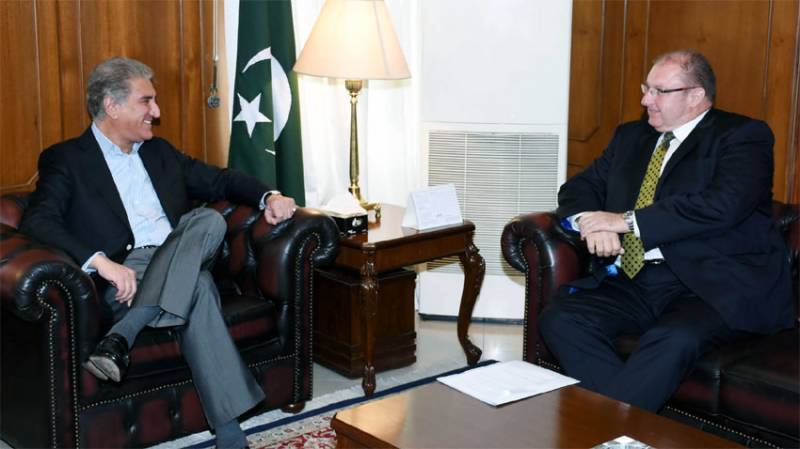 World Bank has assured the PTI government of its support for the economic development, role in resolution of challenges to Indus Water treaty and reformation of agriculture sector in line with the government's vision.

The assurance was given by World Bank Regional Vice President Hartwig Schaefer during a meeting with Foreign Minister Shah Mahmood Qureshi in Islamabad  (Wednesday).

The Vice President said World Bank is willing to collaborate with the Agriculture Task Force for reformation and restructuring of the agriculture sector.

Views were exchanged on education, agriculture and rural development with special emphasis on regional connectivity as well as World Bank's collaboration in CASA-1000 and Peshawar-Torkhum-Kabul Motorway.

The World Bank Vice President felicitated the Foreign Minister on assumption of office and the formation of new government.

The Foreign Minister thanked the World Bank for its continued support to Pakistan.

He solicited the Bank's support for development priorities of the new government.