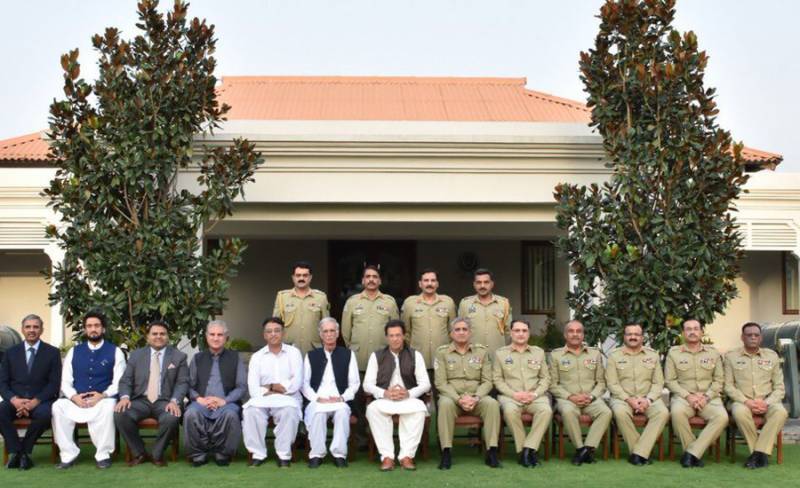 Upon his arrival, the prime minister was presented the guard of honour by a smartly turned out guards. He laid a floral wreath at the Shuhada monument to pay tribute to the martyrs.

PM Imran Khan was introduced to all PSOs of the GHQ. He and the ministers were given detailed briefings on security environment, threat spectrum and response. Updates on Pak Army’s campaign against terrorism, ongoing operation Raddul Fasaad, Karachi situation and Khushal Balochistan program were also given to the visiting dignitaries.

The prime minister greatly appreciated professionalism, operational readiness, contributions and sacrifices of Pakistan Army in the war against terrorism. “Pakistan is facing external and internal challenges, but with support of the nation and through a cohesive national approach, we shall successfully overcome these.” He assured that the government will provide all resources required to maintain capability and capacity of the Army.

“Pakistan is destined to rise. Insha Allah, we will rise staying positively relevant in the comity of nations,” he observed.

COAS Gen Qamar Javed Bajwa thanked the prime minister for his visit and confidence in the Army. He assured that the Pakistan Army will Insha Allah continue to deliver on nation’s expectations of defending the motherland at all costs and sacrifices.