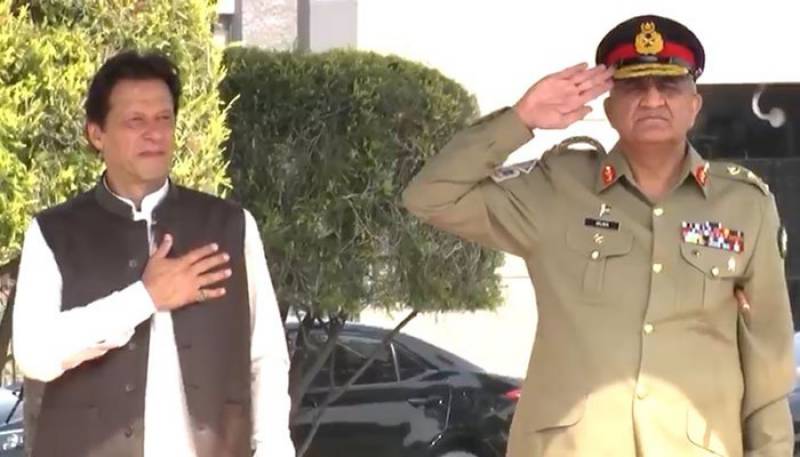 RAWALPINDI - Prime Minister Imran Khan has made commitment to the Pakistan military that all material and human resources required for the defence of the country would remain as the priority of the PTI government.

He visited the General Headquarters (GHQ) on Thursday.

PM Khan has assured that the government would provide all resources required to maintain the capability and capacity of the Army.

“He said that Pakistan is destined to rise and Inshallah we shall rise staying positively relevant in the comity of nations,” an Inter-Services Public Relations (ISPR) press release said.

The prime minister appreciated the professionalism, operation readiness, contributions and sacrifices of the Pakistan Army in the war against terrorism, the ISPR said.

Prime Minister Khan said the country was facing both internal and external challenges and these could be overcome with the support of the nation and a cohesive national approach.

The Chief of Army Staff (COAS) General Qamar Javed Bajwa thanked the prime minister for posing confidence in the Army.

According to the ISPR press release: “The COAS assured that Pakistan Army would Inshallah continue to deliver on the nation’s expectations of defending the motherland at all costs and sacrifices.”

This was Prime Minister Imran Khan’s first visit to the GHQ after assuming office and he was accompanied by federal ministers of defence, foreign affairs, finance, information, state minister for interior and secretary defence.

Prime Minister Khan was presented guard of honour upon his arrival and laid a floral wreath at the Shaudha monument to pay tribute to the martyrs. He was also introduced to all PSOs of the GHQ.

Following this, Prime Minister Imran Khan and the ministers were briefed on the security environment, threat spectrum and response, stated the ISPR.

Earlier, DG ISPR also tweeted about the visit of the PM to the GHQ.