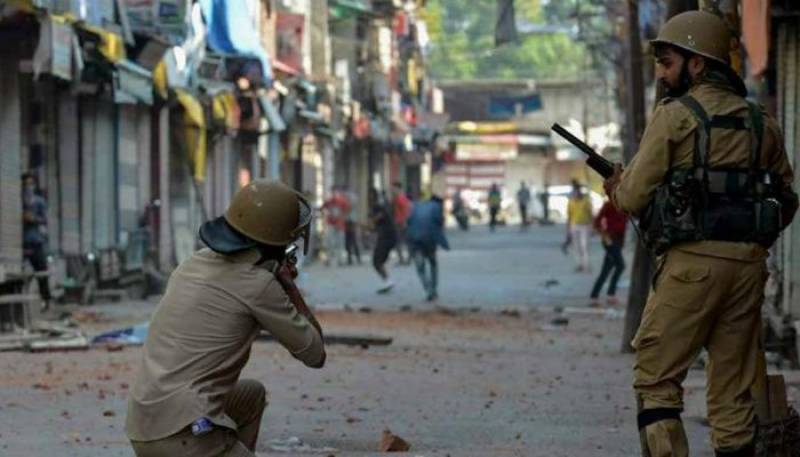 ISLAMABAD: In Indian occupied Kashmir, Indian troops in their fresh act of state terrorism, martyred one more youth in Bandipore district, Thursday, raising the toll to three in less than 24 hours in the occupied territory.

According to Kashmir Media Service, the youth was killed by troops during a cordon and search operation at Parra Mohalla in Hajin area of the district. The operation is going on till reports last came in.

Meanwhile, people took to the streets to protest against the search operation in Murun area of Pulwama district. The Indian forces used brute force on protesters, injuring many.

On the other hand, the authorities imposed restrictions on movement of people in areas falling under the jurisdiction of Maharaj Gunj, Khanyar, Rainawari, Nowhatta, SafaKadal, Maisuma and Kral Khud police stations in Srinagar on Thursday, a police official said.

The Joint Resistance Leadership has called for a two-day strike begging, today, against the hearing of petitions by the Indian Supreme Court challenging the Article 35-A of the Indian constitution .