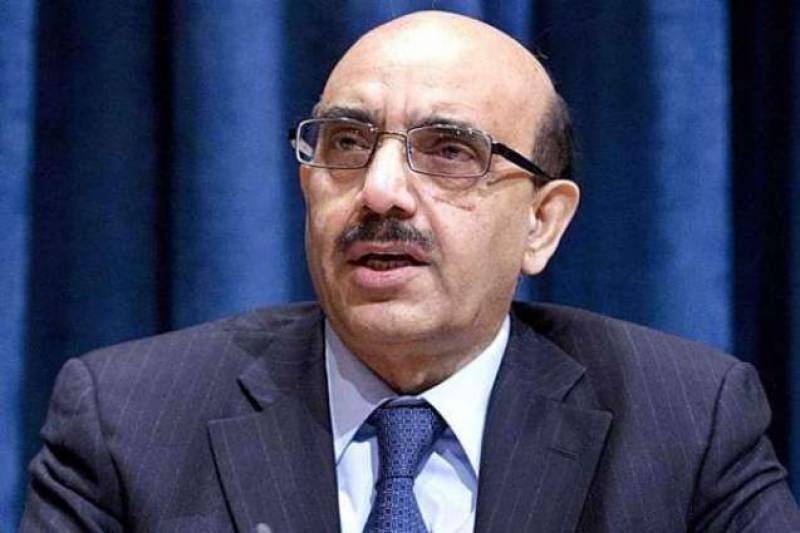 MIRPUR (AJK): AJK President Sardar Masood Khan has said that the freedom loving people of Occupied Jammu Kashmir are struggling to complete the mission of the martyrs of 1947 freedom war for completion of the unfinished agenda of the division of the sub continent .

“It is our moral, religious and political obligation to take voice of the oppressed Kashmiri people to the world by highlighting their just and legitimate struggle,” Sardar Masood said.

If people of East Timore, Algeria and other can be given right to decide their future through referendum, why same principle cannot be applied in case of Kashmir, the President said.

"The best way to pay homage to our heroes and martyrs is to redouble our efforts for completion of their mission by contributing to the freedom movement of Kashmir," he emphasized.

The President AJK said that leadership of Joint Resistance Moment and politically awakened people of Occupied Kashmir would never allow India to materialize her nefarious designs.

“We salute our brothers and sisters living on the other side of Line of Control (LoC) with firm assurance that people of Azad Kashmir and Pakistan are on their back and they will never leave them alone in this hour of trial and tribulation,” President Khan said.

Paying glowing tributes to the martyrs of Dothan, Sardar Atta Muhammad Khan, Sardar Sakhi Muhammad Khan, Sardar Masaib Khan, Sardar Roshan Khan and Sardar Zafarullah Khan, the president said that supreme sacrifices rendered by five sons of the soil would never go in waste and the day is not far when entire state of Jammu and Kashmir would get liberation from tyrannical Indian rule and become part of Pakistan.

Terming sacrifices of Dothan martyrs as an important milestone in the freedom movement of Kashmir, Sardar Masood Khan said that it was the unprecedented bravery and resistance that push the Dogra Army to lick the dust and subsequently paving the way for liberation of five thousand square miles area now known as Azad Kashmir and 28,000 square miles area of Gilgit and Baltistan.

Highlighting the matchless role of Ghazi-e-Millat Sardar Muhammad Ibrahim Khan in the freedom struggle of Jammu and Kashmir, Sardar Masood Khan said that he was epoch making leader of Kashmir who was instrumental in declaring war against Mahraja Hari Singh’s forces and liberating one third of Kashmir.

Sardar Muhammad Ibrahim Khan was not only hero of 1947 freedom war but was also moving spirit behind the passage of momentous resolution that called for Kashmir’s accession with Pakistan keeping in view the geographical conditions of the state and popular sentiments of the Kashmiri people, he added.

He said that Chaudhry Ghulam Abbas, Ghazi-e-Millat Sardar Muhammad Ibrahim Khan and Sardar Muhammad Abdul Qayyum Khan had waged war of freedom in their respective areas but their intentions and objectives were identical.

The objective, he added was to liberate Kashmir and preserve the honour and dignity of the people of Kashmir.

Referring to increasing incidents of cross border shelling at Line of Control, the President said that India is targeting unarmed civilian of Azad Kashmir to divert world attention from the atrocities and gross violation of human rights being committed by its occupation forces in the held valley.

Terming Poonch region of Azad Kashmir as a land of martyrs, war veteran and freedom fighters, Sardar Masood Khan said that soldiers belonging to this region had shed their blood in three wars fought against India and they are offering sacrifices in defending frontiers of the country even today.