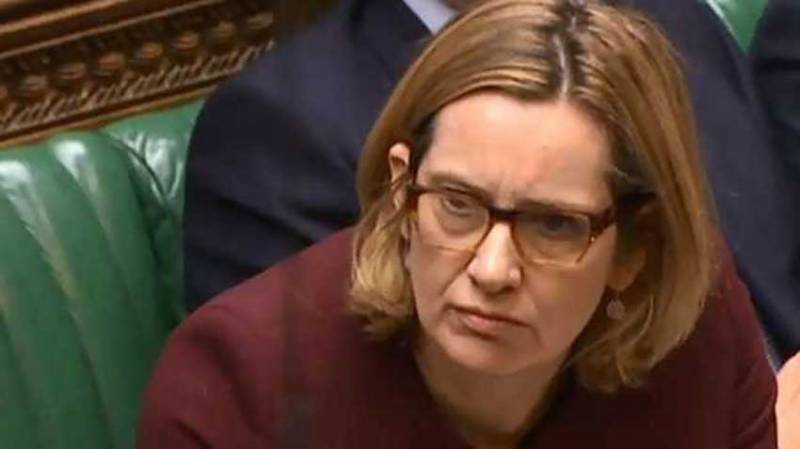 LONDON: Britain’s interior minister resigned after Prime Minister Theresa May’s government faced an outpouring of indignation over its treatment of some long-term Caribbean residents who were wrongly labeled illegal immigrants.

The resignation of one of May’s closest allies is a blow as she navigates the final year of negotiations ahead of Britain’s exit from the European Union in March 2019. It also deprives the cabinet of one of its most outspoken pro-European members.

In a resignation letter to May, Amber Rudd said she had inadvertently misled a parliamentary committee last Wednesday by denying the government had targets for the deportation of illegal migrants. May accepted her resignation.

For two weeks, British ministers have been struggling to explain why some descendants of the so-called “Windrush generation”, invited to Britain to plug labor shortfalls between 1948 and 1971, had been denied basic rights.

The Windrush scandal overshadowed the Commonwealth summit in London and has raised questions about May’s six-year stint as interior minister before she became prime minister in the wake of the 2016 Brexit referendum.

“The Windrush scandal has rightly shone a light on an important issue for our country,” Rudd said in a resignation letter to May.

Rudd, who was appointed Home Secretary in 2016, said voters wanted those who had the right to reside in Britain to be treated fairly and humanely but also that illegal immigrants be removed.

The opposition Labour Party, which had repeatedly called on Rudd to resign, said May was responsible and should explain her own role in the government’s immigration policies.

“The architect of this crisis, Theresa May, must now step forward to give an immediate, full and honest account of how this inexcusable situation happened on her watch,” said Diane Abbott, Labour’s spokeswoman on interior affairs.

Abbott called on May to give a statement to the House of Commons explaining whether she knew that Rudd was misleading parliament about the deportation targets.

Facing questions over the Windrush scandal, Rudd, 54, told lawmakers on Wednesday that Britain did not have targets for the removal of immigrants, but was forced to clarify her words after leaked documents showed some targets did exist.

The Guardian newspaper on Sunday reported a letter from Rudd to May last year in which she stated an “ambitious but deliverable” aim for an increase in the enforced deportation of immigrants.

After repeated challenges to her testimony on the deportation of immigrants, Rudd telephoned May on Sunday and offered her resignation.

“I feel it is necessary to do so because I inadvertently misled the Home Affairs Select Committee over targets for removal of illegal immigrants,” Rudd told May. Reuters/AFP