Saudi Arabia struggles to come out of the fallout of the Khashoogi murder case
29 Sep, 2019 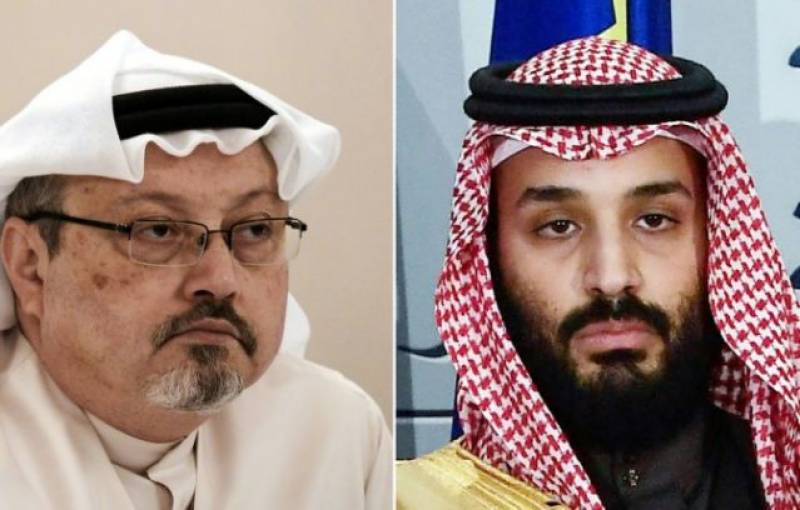 But the global fallout over the killing rendered the heir to the Arab world's most powerful throne a pariah, casting a shadow on his reforms, putting the kingdom's human rights record under the microscope and testing old alliances with Western powers.

The prince has since sought to shore up his tarnished reputation, launching slick PR campaigns to win back foreign investment while accelerating what analysts call the kingdom's "eastward tilt" towards less critical allies such as China and India.

But that has only had limited success.

"The spectre of Jamal Khashoggi hangs over the kingdom of Saudi Arabia," said Bruce Riedel, a former Central Intelligence Agency officer and author of a book on Saudi Arabia entitled "Kings and Presidents".

"The murdered journalist and commentator has not been forgotten, as Crown Prince Mohammed bin Salman hoped."

The crown prince tells PBS in a forthcoming documentary that he accepted responsibility for the killing, because it happened "under my watch" -- but he denied having prior knowledge.

The CIA has reportedly concluded that the prince, who controls all major levers of power in the Saudi government, likely ordered the killing.

A report by United Nations Special Rapporteur Agnes Callamard also said there was "credible evidence" linking him to the murder and an attempted cover up.

Her revelations, including audio transcripts showing the Saudi agents involved referring to Khashoggi as a "sacrificial animal", have piled pressure on Western allies to suspend arms sales to the kingdom.

That has come as a blow to Saudi Arabia amid heightened tensions with arch-rival Iran following major September 14 attacks on the heart of the kingdom's oil infrastructure, which Washington has blamed on Iran.

The US, a key ally of Riyadh, has announced the deployment of 200 troops as well as Patriot missiles to Saudi Arabia to bolster its defences in the wake of the attacks.

President Donald Trump has emphasised Saudi Arabia's importance as a buyer of American arms and a bulwark against common foe Iran, but American lawmakers appear in no mood to give the prince a free pass over the murder.

"On the surface Trump has offered support to Riyadh but America insists it is not as reliant on Saudi oil as before," he told AFP.

"Saudi is on its own in dealing with the threat of Iran and the conflict in neighbouring Yemen."

US House Speaker Nancy Pelosi has cited Khashoggi's murder in opposing a potential strike on Iran in retaliation to the attacks on Saudi facilities.

"I don't see any responsibility for us to protect and defend Saudi Arabia," she told American radio network NPR.

The murder has increased the reputational risk for Western firms doing business in Saudi Arabia, even as global bankers and executives have once again been seen attending glitzy investor conferences.

The scandal also appears to have impeded Prince Mohammed's economic reforms, which seek to reduce the kingdom's reliance on oil revenues and boost private sector investment.

"Before the murder, Saudi Arabia was stepping on the accelerator of foreign business partnerships," said Ellen Wald, author of the book "Saudi Inc.".

"But the Khashoggi murder was like hitting a hill. The momentum has slowed even if progress is still in the right direction."

On Friday, Saudi Arabia announced the launch of tourism visas as part of its push to diversify the economy -- but that was an announcement that many had expected more than a year ago.

Also mired in delays is the planned stock market listing of state oil giant Aramco, a cornerstone of Prince Mohammed's reform agenda that was initially scheduled for 2018.

Despite all this, the murder has not threatened to unseat the prince.

Instead, he has tightened his grip on military and security agencies and launched a crackdown on political rivals as well as conservative clerics and women activists.

"Saudi has been hiring Western social media influencers to promote the kingdom and improve its reputation since Khashoggi's murder," de Pimodan said.

"But the murder stain will be hard to wash off." -APP/AFP