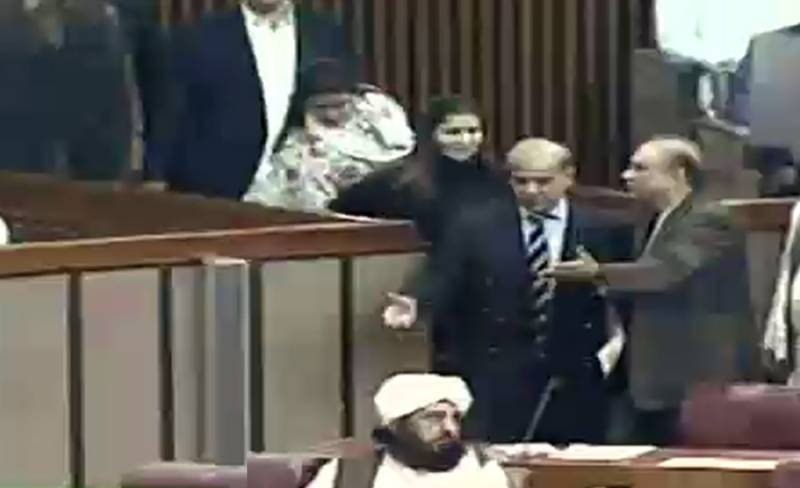 Speaker Asad Qaiser chaired the NA session. However, before the arrival of Shehbaz Sharif, the PML-N leaders had boycotted the session after the National Accountability Bureau failed to bring Shehbaz on time. The leaders recorded their protest and walked out of the session.

Meanwhile, Shehbaz Sharif spoke to the journalists inside the parliament and said that he briefly met with Zardari. To a question, Shehbaz Sharif said that he will tell regarding the matter of APC after consultation. “They did not want to bring me,” Sharif commented to reporters about the NAB team.