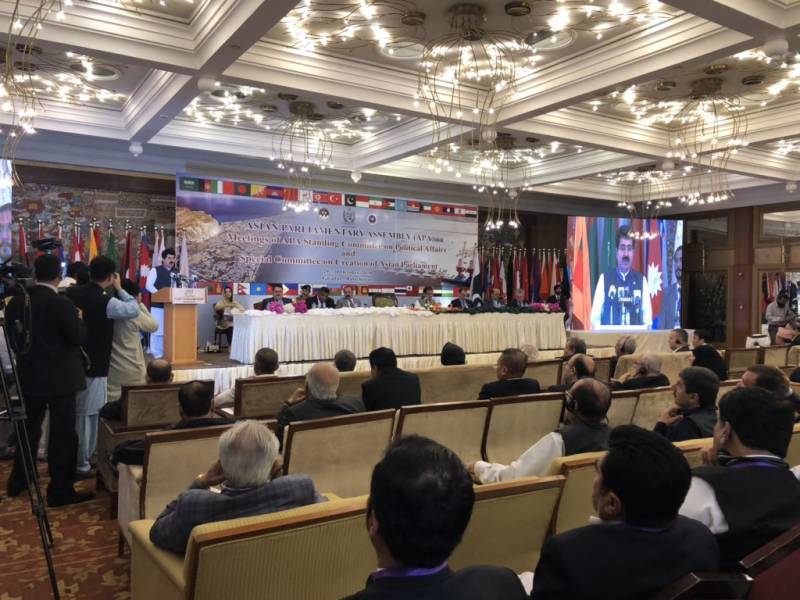 Acting President Sadiq Sanjrani has said Pakistan is poised to become a hub of regional and international trade as a result of its strategically located deep sea Gwadar Port.

The Acting president said that bringing Balochistan and Gwadar city into the national mainstream development is part of our agenda. He said the province of Balochistan is rich in mineral resources and their exploration and development can change the destiny of not only Pakistan but the entire region.  He said unlike the past, the focus is now being given to the development of this province to address its sense of deprivation.

Sadiq Sanjrani said that the holding of this conference in Gwadar has also helped offset the negative impression created about the area.  He expressed the confidence that the conference will prove to be a good omen for Gwadar as well as implementing the charter of Asian Parliamentary Assembly.

Sadiq Sanjrani said that Pakistan witnessed a democratic transition in the middle of this year and because of the general elections, democratic traditions have taken further roots in the country.

The Acting President said Pakistan desires friendly relations with all the countries.  He said we want resolution of lingering disputes with the neighboring country as it is vital to achieve the goals of development in the region.

Sadiq Sanjrani pointed out that Pakistan has rendered immense sacrifices both human and material in the war on terror. He said the international community also recognizes those sacrifices. He said the Pakistani nation and its armed forces are committed and steadfast in their campaign against terror.