How Brexit has impacted Pakistan and Pakistanis
29 Oct, 2017 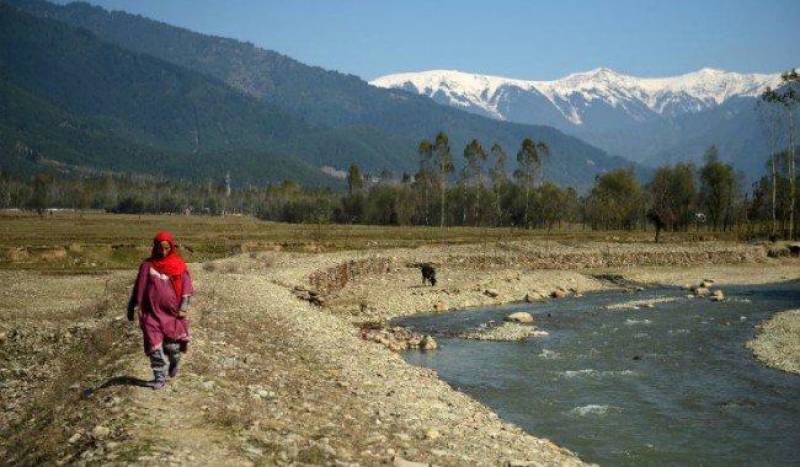 MIRPUR: The tiled palaces beside Pakistan´s Mangla reservoir and dozens of exchange offices testify to the prosperity enjoyed by Kashmir´s Mirpur thanks to vast sums of cash sent back by tens of thousands of emigrants living in Britain.

With few jobs and little industry, the residents of Pakistan´s "Little England" overwhelmingly rely on family members based in the country for their economic livelihood.

But decades after the first wave of migration, the fraying of filial ties between the communities along with economic woes following the Brexit vote have raised concerns that the once-plentiful funds may dry up for good.

"Our family used to send us money every month -- now it´s only every two-three months," says Javed Mushtaq, who like many Mirpur residents is counting less and less on support from his relatives in Britain.

"The value of the pound has decreased and that creates problems for us," says Mushtaq, an official whose brothers and uncles live in northern England, working as taxi drivers and in construction to support more than a dozen people back in Pakistan.

"Our life is not as easy as before," says Javed.

Since Britain´s decision to leave the EU, sterling has tumbled, sending inflation surging and raising the cost of living, while uncertainty over the post-Brexit outlook has fuelled concerns about the country´s economy.

And with Kashmir lacking any major resources while unemployment soars, the prospects in Mirpur are dim.

Highs and lows"There is no large land holding, no industrial base, we are not on a good route," said businessman and local official Choudhery Muhammad Saeed, who estimates that about $200 million in remittances are sent back to Mirpur a year.

"If it was not for remittances, we would all be slaving in brick kilns," he quips.

The first and largest wave of migration to the UK began in the 1950s when the inhabitants of Mirpur were displaced by the construction of a dam that engulfed large swathes of the town.

In Britain, more than a million residents are of Pakistani origin with the majority believed to be from Mirpur -- where they have long built family homes and spent holidays.

As a result the city has largely feasted on the highs and survived the lows of the British economy.

At Nafees Bakers, a local branch of the British franchise in Mirpur, sales have plunged 30 percent since the Brexit referendum in June 2016.

"The Mirpuri British (holidaying here) are worried about the financial situation, people are not spending as much as they used to," said Raafay Nafees, whose father founded Nafees and Kashmir Crown Bakeries, two food companies based in the British city of Bradford.

Remittances have fallen almost 10 percent since the referendum, according to the Central Bank of Pakistan.

This decline, after years of steady growth, has worried authorities as an increase in imports and repatriations of profits by foreign companies have jeopardized the country´s foreign exchange reserves.

'Pakistan has changed´But beyond Brexit, the erosion of ties to Mirpur over the generations has also taken a toll.

"People only come for short stays now, and not with all the family. The tickets are expensive, and the youngsters prefer to spend holidays in Turkey or Morocco," says Nafees.

"When I was younger, we would come every year, but this is the first time after four years," says Alisha Iqbal, a young Birmingham financial analyst who is enjoying her last day in Mirpur, filling her luggage with colorful outfits and local ingredients.

"I don´t have that much holidays, so I tend to choose closer, cheaper destination."

Even among the second generation who continue to visit the city, few send money back to Pakistan.

And apart from the arranged marriages between British and Pakistani Mirpuris, emigrant families are not returning as often to celebrate their weddings in Kashmir.

For Nadeem Hussain, a fast food manager in Stoke-on-Trent, the ties that bind the communities will likely fade into oblivion within a generation or two.

His family serves as a textbook example of the fraying relations. Twenty years ago, his father built a home in Kashmir and bought land hoping to retire back in Mirpur.

But now his father has abandoned those plans.

"Pakistan has changed, it is too complicated to come back," he explains while sharing a dessert with his two-year-old daughter. "I don´t think my daughter´s children will retain that many links with Mirpur."