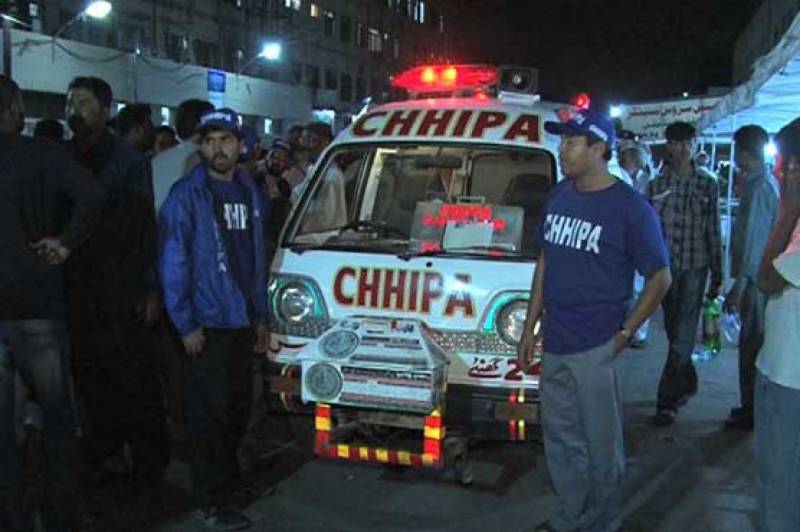 KARACHI: (APP) As many as four people were killed and six others injured in firing incident near Larosh Restaurant in Nazimabad area here on Saturday, police and hospital official said.

They said that those who expired in the firing by unidentified armedmen were: Abbas Nayyer Medhi, Muhammad Zaki, Syed Nasir and Nadeem.

Those who were injured in the firing were: Tahir Abbas, Asad, Murtaza Ali, Baqir, Ms Fatima and Ms. Shabana.

Meanwhile, a statement issued from the Governor House said that Governor Sindh, Dr. Ishrat ul Ebad Khan, has taken notice of the firing on a `Majlis' in Nazimabad area.

It said that he has sought report from Commissioner Karachi and Additional IG into the incident.

Governor directed that the injured be provided with the best possible treatment.