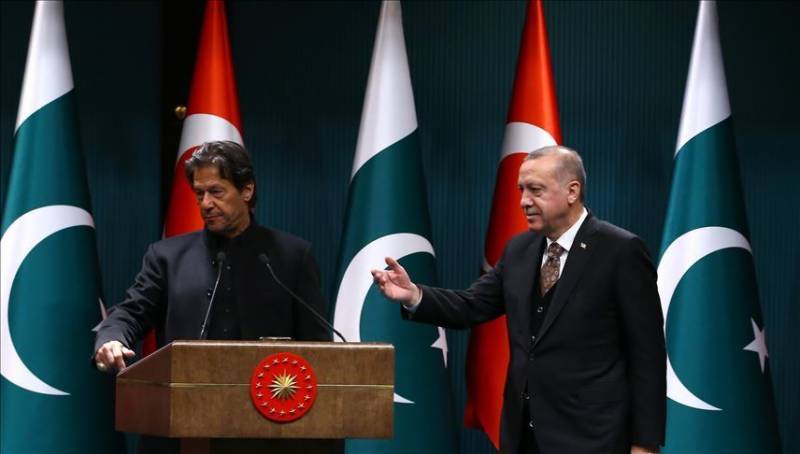 Addressing the concluding session of his country’s envoys to Africa, Khan underlined the Turkey’s economic, diplomatic, and political achievements in the last 18 years.

“After Recep Tayyip Erdogan came to power, the mindset in Turkey changed,” Khan was quoted as saying by state-run Pakistan Television.

“Turkey has got confidence in the past 17-18 years. It’s trade has pushed higher and the country itself got vibrancy,” he added.

Khan observed that Islamabad had failed to reap the benefits of its diplomacy in Africa in terms of trade and business.

Islamabad plans to join a club of the countries, which are investing in Africa.

Ankara is already pursuing its “Africa initiative” to boost its commercial and business relations with African countries, and the continent as a whole.