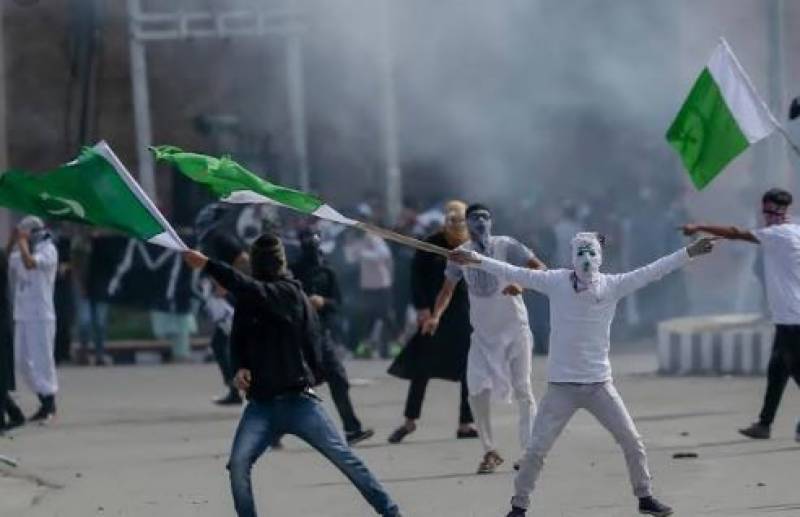 According to Kashmir Media Service, as the Juma congregational prayers culminated, people took to the streets in Srinagar, Badgam, Ganderbal, Islamabad, Pulwama, Kulgam, Shopian, Bandipora, Baramulla, Kupwara and other areas of the occupied territory.

Indian troops and police personnel used brute force against the demonstrators at many places, injuring several of them.

The occupation authorities did not allow Juma prayers at Srinagar’s historic Jamia Masjid and other main mosques of the Kashmir Valley on 117th day.

Journalists too are finding it difficult to file stories.

They have to travel long distance to the so-called Media Facilitation Centre in Srinagar where they have to wait for hours at a time to access the facility.

The suspension of this modern tool of communication has effectively cut people off not only from their immediate surroundings but also from the world.

The members of Kashmir Editor’s Guild at a meeting in Srinagar demanded an immediate end to the gag on internet services.

In Islamabad, the Jammu and Kashmir Liberation Front held a protest demonstration outside the National Press Club against the continued lockdown in occupied Kashmir and illegal detention of Hurriyat leaders including party Chairman, Muhammad Yasin Malik.

The speakers said India has made a plan to eliminate Muhammad Yasin Malik and other Hurriyat leaders.

On the other hand, the President of Malaysian Consultative Council of Islamic Organization, Azmi Abdul Hamid, in a statement in Kuala Lumpur condemned the remarks made by India’s Consul General in New York, Sandeep Chakravorty, in which he said the Indian government would adopt an Israeli model to settle Hindus in occupied Kashmir.

Azmi urged international community to take cognizance of the grave situation in occupied Kashmir and the provocative remarks of the Indian official that have serious consequences for the regional stability.

She also said ground realities are completely different from the fictitious images conjured up by Modi government.