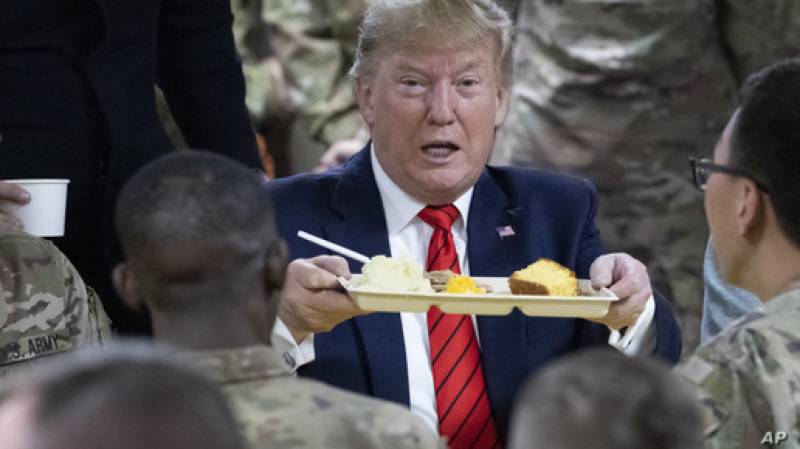 KABUL: The Taliban said Friday it was “way too early” to speak of resuming direct talks with Washington, a day after President Donald Trump suggested negotiations to end America’s longest war were back on track during a surprise visit to Afghanistan.

“It is way too early to talk about the resumption of talks for now. We will give our official reaction later,” the group’s official spokesman, Zabihullah Mujahid, told AFP in a WhatsApp message.

Trump on Thursday had said the Taliban “wants to make a deal”.

“We’re meeting with them and we’re saying it has to be a ceasefire,” he told reporters during his unannounced trip to Bagram Airfield, outside the capital Kabul, to celebrate the Thanksgiving holiday with the troops.

His statement suggested progress after his shock decision in September to end negotiations with the insurgents just as Washington appeared on the verge of signing a deal with the Taliban that would have seen the US begin pulling troops out of Afghanistan in return for security guarantees.

The deal was expected to pave a way towards direct talks between the Taliban and the government in Kabul.

But Trump described the year-long effort as “dead” and withdrew an invitation to the insurgents to meet in the United States due to the killing of an American soldier.

Both Washington and the Taliban had left the door open for talks to resume, however, with most observers agreeing that a political settlement is the only way to reach a lasting peace in Afghanistan after 18 years of war. -APP/AFP