US General frustrated from Pakistan
29 Nov, 2017 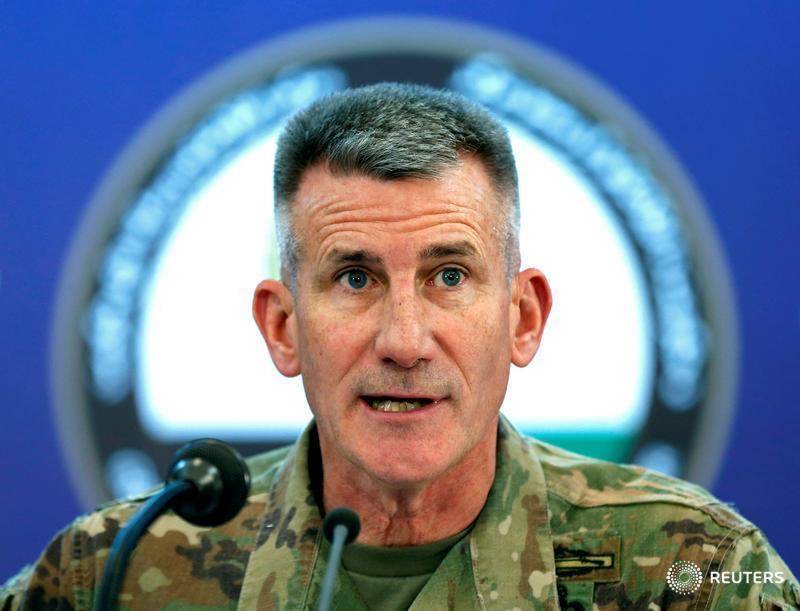 The top U.S. general in Afghanistan said on Tuesday that he had not seen a change in Pakistan's support for militants so far, despite President Donald Trump taking a tougher line against Islamabad.

U.S. officials have long been frustrated by what they see as Pakistan’s reluctance to act against groups such as the Afghan Taliban and the Haqqani network that they believe exploit safe haven on Pakistani soil to launch attacks on neighboring Afghanistan.

In August, Trump outlined a new strategy for the war in Afghanistan, chastising Pakistan over its alleged support for Afghan militants.

He accused Pakistan of harboring “agents of chaos” and providing safe havens to militant groups waging an insurgency against a U.S.-backed government in Kabul.

U.S. official expressed hope that relations between the two countries could improve after a kidnapped U.S.-Canadian couple and their three children were freed in Pakistan in October, after the couple was abducted in neighboring Afghanistan.

"We have been very direct and very clear with the Pakistanis... we have not seen those changes implemented yet," General John Nicholson told reporters.

"We are hoping to see those changes, we are hoping to work together with the Pakistanis going forward to eliminate terrorists who are crossing" the border, Nicholson said.

He added that he believed that senior Taliban leaders were based in Pakistan, while the lower level leadership was in Afghanistan.