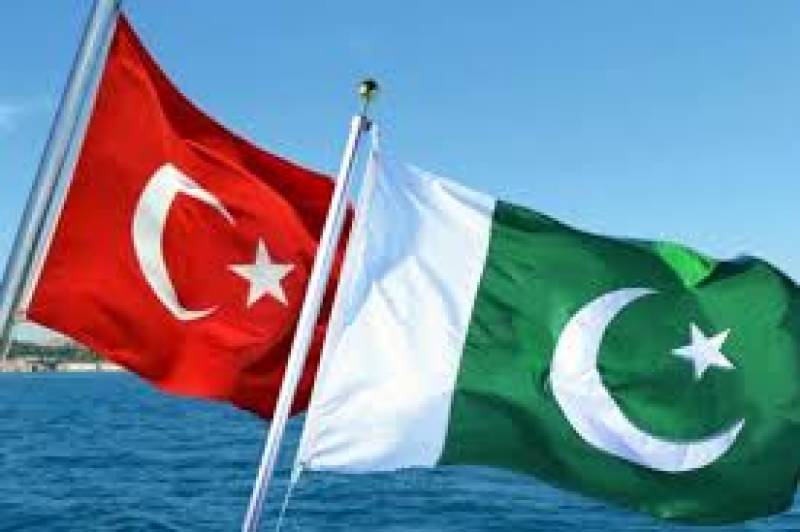 LAHORE: Turkey is contributing to the development of Pakistan through a number of initiatives andprojects undertaken by the Turkish companies in Pakistan.

Speaking as chief guest, Chairman of Centre for StrategicResearch and Director of Diplomacy Academy, Ministry ofForeign Affairs of Republic of Turkey Prof Mesut Ozcanexpressed these views at a seminar as part of the series ofevents to celebrate 70 years of Pakistan-Turkey diplomaticrelations by the University of Management and Technology (UMT) under its newly established Pak-Turk Studies Centre onTuesday.

Mr Ozcan said Turkey and Pakistan had many things incommon and their brotherly relations spanning over decadeswere now turning stronger with every passing day.

He observed thatcircumstances in Middle East were continuously changing andISIS was posing a serious threat and danger for othercountries, but only destabilised countries would be greatlyaffected by it.

He said Turkey was a strong democracy so it had nothingto do with the danger of ISIS, the weaker democracies shouldthink of it and formulate effective policies to eradicate itand other terrorist groups. He said there was a time whenTurkey had ideal relations with former Soviet Union, but today they even think many times whether to go withEuropean Union or not, as it was also coping with problems.

Emphasising the importance of education, he said the roleof modern universities in imparting quality education fordevelopment was crucial and economy without education could not get a boost.

Mr Ozcan appreciated UMT Chairman Dr Hasan Sohaib Muradfor taking a lead in setting up Pakistan's first Pak-TurkStudies Centre at the varsity that would act as a platform todo public policy research in areas of social, economic, andpolitical landscape of both the countries. He said throughthis Centre, scholarships to Pakistani students would be givento pursue their studies in Turkey.

Former foreign minister Khurshid Kasuri said that relations between Pakistan and Turkey spanned over years. Hesaid Turkey had supported Pakistan in trying times and it was continuously contributing to the development of the countryand its prosperity.

He said just like Turkey Pakistan too needed a brave and competent leadership in order to root outpolitical and economic crisis including the issue of terrorism. He said the role of Pakistan to bring stability in the region wascritical and it could not be overlooked at all.

Dr Hasan Sohaib Murad said that Turkey had alwaysprovided support to Pakistan in its trying times and it wasuncompromisingly looking after its interests. He said bilateral connections between the twocountries on the basis of mutual respect, brotherhood, andunconditional friendship was supporting Pakistan to stabiliseits economy and make a difference in other fields.

He said the objective of establishing Pak-Turk StudiesCentre at UMT was to provide a forum for strategic discourse,develop study programmes, exchange faculty and students andhost seminars and conferences on topics of great interest.

He said the UMT had already set up a bureau office inAnkara where it had won Turkish government's support forestablishing a world-class university in order to translatethe concept of 'Two Countries-One Nation' aboutPakistan-Turkey friendship into a reality.