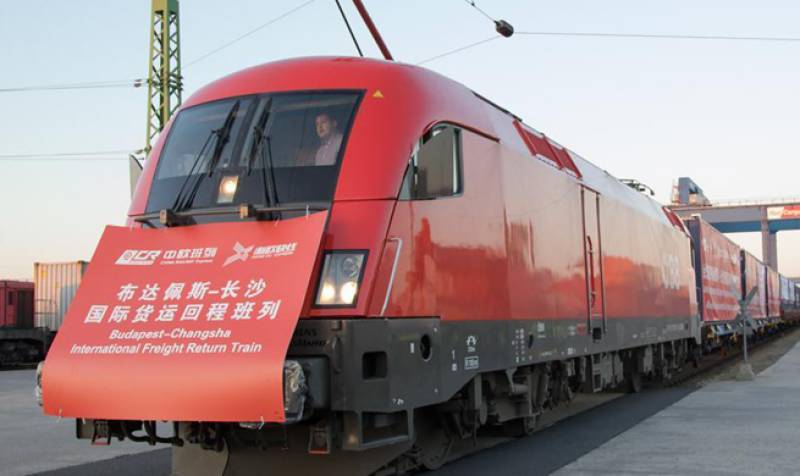 The train is part of the China-Europe freight train service. In 2016, 460 cargo trains left Chengdu bound for Europe, making up 26 percent of the total freight trains leaving China for Europe.

In 2017, the number of Europe-bound freight trains from Chengdu will exceed 1,000, according to the city's port and logistics office.

The number of China-Europe freight trains reached a new annual record this year since starting operations in 2011, according to China Railway Corporation (CRC).

So far this year, more than 3,000 cargo trains have traveled on 57 lines between cities on the two continents, surpassing the past six years combined, and pushing the aggregate to over 6,000.