Rana Sanaullah to present himself before Ulema over controversial statement
29 Nov, 2017 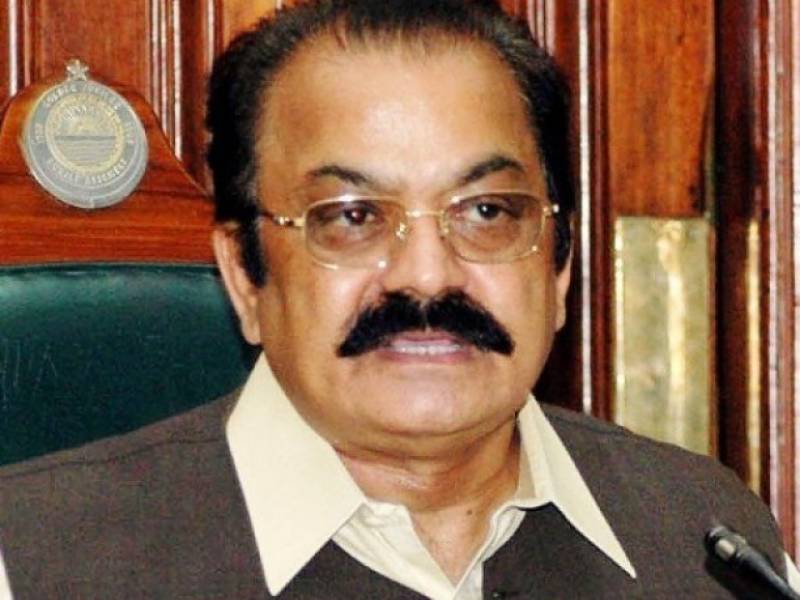 LAHORE : Punjab Law Minister Rana Sanaullah on Monday said that he is ready to present himself before Ulema (religious scholars) and clear misconceptions regarding his controversial statement.

Speaking a private television channel, Rana Sanaullah said that he accepted the condition put forward by Peer Afzal Qadri, a Tehreek Labbaik leader, that he will present himself before a board constituted by the religious party and explain his controversial statement.

He added that he trusts the names of religious scholars put forward by Tehreek Labbaik Pakistan (TLP) and is ready to appear before them whenever and wherever they order him to appear.

Answering a question about a sit-in led by religious scholar Dr. Ashraf Jalali at Punjab Assembly demanding his resignation, Rana Sanaullah said that it is now up to TLP chief Khadim Rizvi to call off Lahore sit-in as government has formally entered into an agreement with his party.

“It is their party’s internal matter, we have entered into an agreement with Khadim Hussain Rizvi and it is now his (Rizvi) responsibility to call off this sit-in in Lahore,” said Punjab Law Minister.

He added that if TLP wanted his resignation, they would have asked for it during Faizabad sit-in negotiations.