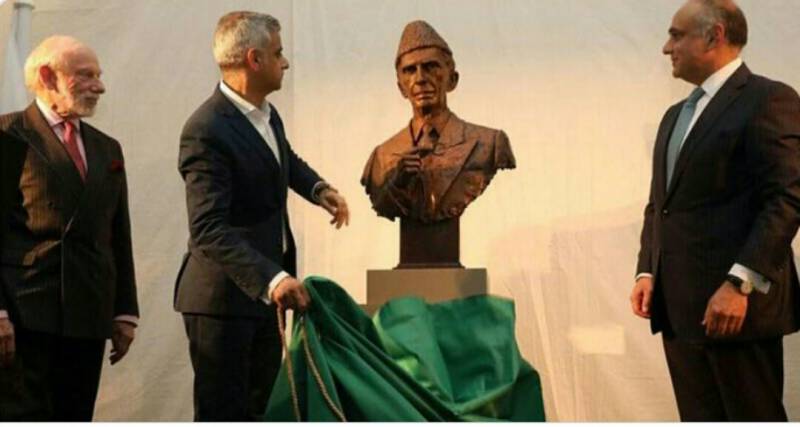 LONDON: The Mayor of London Sadiq Khan on Tuesday unveiled Quaid-e-Azam Muhammad Ali Jinnah’s bust in the historic British Museum before it moves to its permanent home in Lincoln’s Inn.

During the ceremony of unveiling the Jinnah’s bust at the museum, the Mayor of London Sadiq Khan said that he is proud to unveil the bronze bust of the great Muhammad Ali Jinnah to honour him. He also shared his message on twitter.

The High Commissioner for Pakistan to the United Kingdom, Syed Ibne Abbas was also present on the occasion. He also paid tribute to the great leader, saying that Pakistan is the reward of Quaid-e-Azam’s struggle.

The great leader and the founder of Pakistan M.A Jinnah had gone to London to Study Law at Lincoln’s Inn between 1892-1896. A rigester of readers at the British Museum confirms that he was there in February 1895.