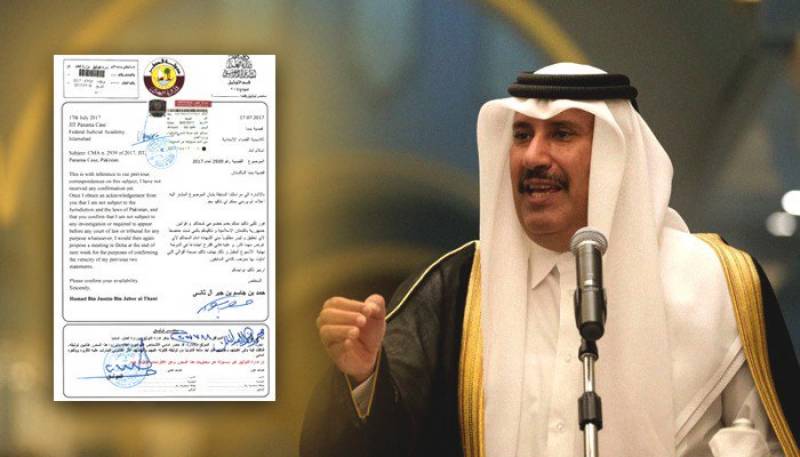 LAHORE - The former Qatari prime minister Hamad Bin Jasim arrived in Pakistan with a 13-member delegation in a special plane. The Qatari dignitaries were first taken to Nawaz's residence with full government protocol.

According to sources, the lunch meeting between Sheikh Hamad bin Jassim and Nawaz included discussions on matters of mutual interest and business deals.

The Qatari royal then met Shehbaz at his Model Town residence, after which he is expected to depart for Karachi.

The Arab royal family member is said to be a close ally of Nawaz and attempted to aid the former premier's case during the Panama Papers proceedings in the Supreme Court earlier this year.