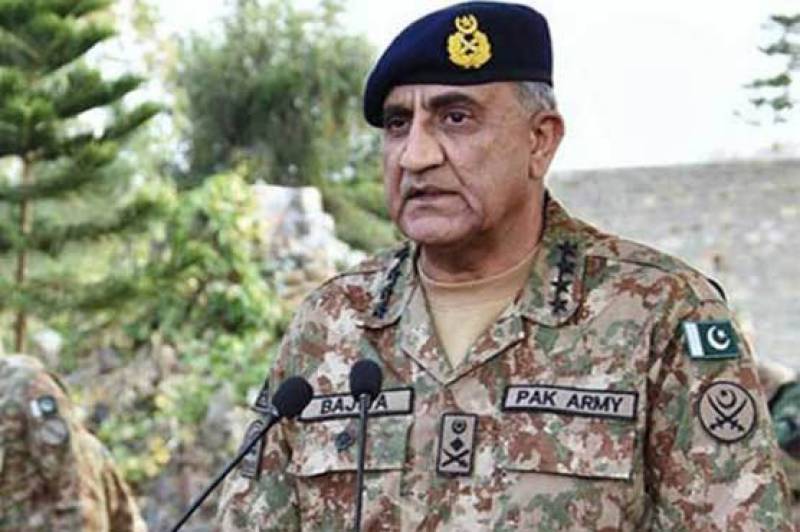 RAWALPINDI – Chief of Army Staff General Qamar Javed Bajwa has on Wednesday visited the Pak-Afghan border and while addressing the Jawans, he said that Pakistan belongs to all Pakistanis regardless of their religion, province and tribe.

According to Inter Service Public Relations (ISPR), Army chief was briefed regarding the steps taken by the army to prevent terrorists from entering the Pakistani territory, regarding the barbed wire on the border and establishment of new fortresses and check posts. Army chief also appreciated and encouraged the courage of Jawans at Pak-Afghan border.

General Bajwa also met the Islamic clerics of FATA and KPK and acknowledged their contribution in Pakistan’s quest for peace. The clerics condemned terrorism and appreciated army’s role in its mission to eradicate terrorism.