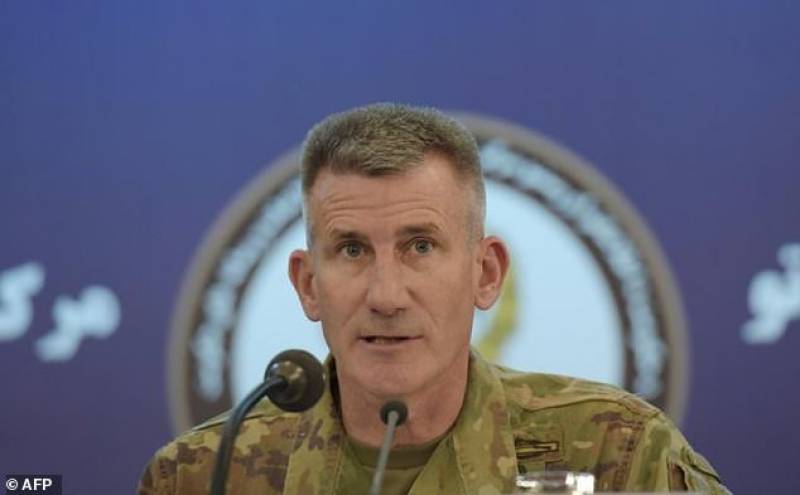 Washington: A large increase in US forces patrolling with Afghan counterparts will push the Taliban back in 2018, a top general said Tuesday, cautioning that they would "absolutely" be at extra risk.

General John Nicholson, who commands US and NATO forces in Afghanistan, said "well over 1,000" advisors would be out conducting combat operations on the front lines during next year's fighting season.

They will embed at the "kandak" level -- an Afghan term meaning in battalions typically of 300-400 men.

Smaller numbers of US troops have already been conducting such work this year, but their ranks would "increase dramatically," Nicholson said.

"There will be greater risk. Absolutely," he said, noting that they will be backed by a full array of air support and surveillance capabilities.

The move comes as part of President Donald Trump's strategy for Afghanistan and broader region, which he announced in August and that has already seen a sharp uptick in air strikes and an additional 3,000 or so troops flow in.

The strategy includes relations with Pakistan, which Trump has angrily accused Islamabad of harboring "agents of chaos." Secretary of State Rex Tillerson also has said too many extremists are finding sanctuary there.

While acknowledging that Pakistanis have "been engaged in a very tough fight against extremism inside their own country," Nicholson said he had not seen any significant changes from Islamabad.

Members of the Taliban-affiliated Haqqani network still hide out on the Pakistan side of the Durand Line separating it from Afghanistan, he added.

"The expectations are out there. We have not seen those changes implemented yet and we are hoping ... to work together with the Pakistanis going forward to eliminate terrorists who are crossing the Durand Line," Nicholson said.

Like other commanders before him, Nicholson offered an upbeat view of the 16-year-old war, insisting that the fight had "turned the corner" and predicting that the Afghan security forces will expand government control of the population from about 64 percent now to 80 percent over two years.