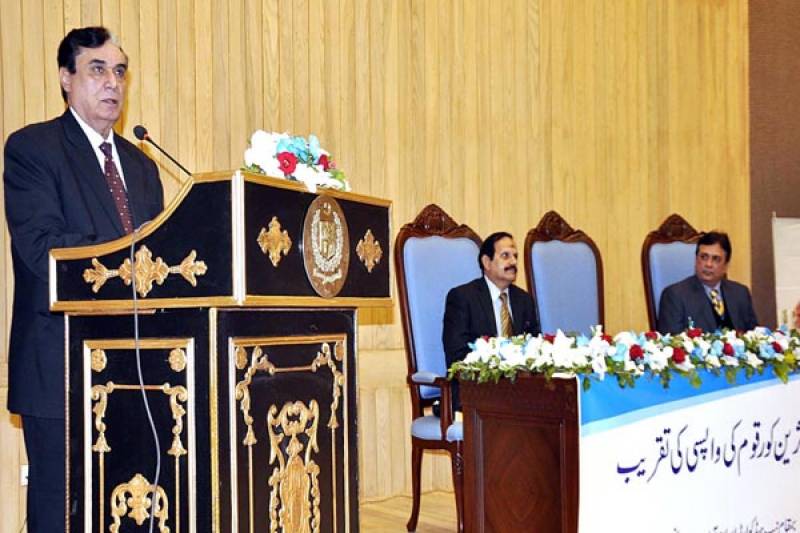 ISLAMABAD: National Accountability Bureau Chairman Justice (Retd) Javed Iqbal Wednesday said the Bureau had filed references for 96 out of 179 mega corruption cases in accountability courts.
The remaining corruption cases would also soon see their logical conclusion as per law, he said while addressing a ceremony held here in connection with distribution of cheques among affected persons of the corruption cases.
Justice Javes said corruption was a curse and the Bureau was committed to take action as per law against the big fish. He termed the efforts against the menace ‘jihad’.
People, he said, had invested billions of rupees in private cooperative housing societies but unfortunately neither they were allotted plots nor their hard-earned investment was returned. As a result the poor people, including government pensioners, widows and orphans, had been been suffering for the last many years, he added.
Justice Javed said as NAB chairman he had assured during his first address that the Bureau would utilize all its energies and resources to recover the amount of people from cooperative housing societies. The Bureau had now fulfilled its promise by recovering a looted amount of 175 affected persons from nine housing societies.
He asked people to invest carefully only in those societies, which were working as per law.