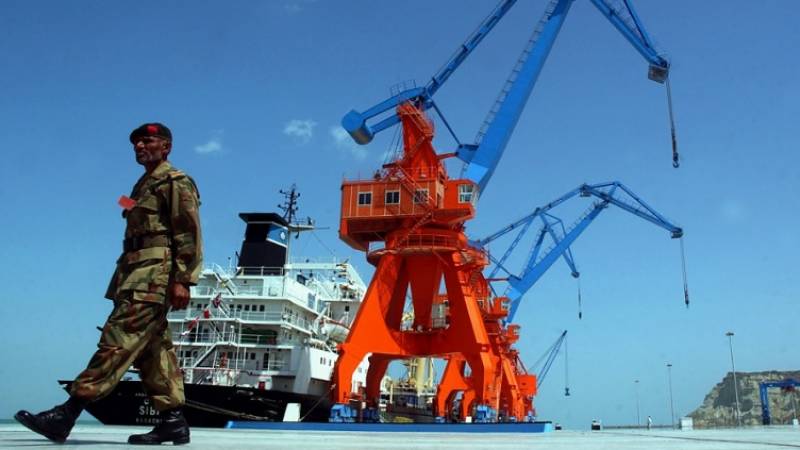 ISLAMABAD: The Ministry of Planning, Development and Reforms clarified on Tuesday about the misinterpretation reported regarding Gwadar port operations saying that the  Port concession agreement was signed in 2007 with former port operating company, namely, Port of Singapore Authority International (PSAI).

The port and its Free Zone could not be developed by PSAI as per the Agreement on Built-Operater-Transfer (BOT) basis till 2013, said spokesman of the ministry Asim Khan.

He maintained that the present Port Operator, namely, China Oversees Ports Holding (COPHC) took over the operations of the Port after commercial negotiation with the concerned authorities in 2013 without any single amendment in the agreement.

Therefore, the terms and conditions were defined long before the CPEC exist. Under the agreement the port operator has to construct new port terminals with equipment, machinery, marine vessels, allied facilities on a vast area of the port.

Furthermore, the company is developing Gwadar Free Zone at an area of about 2,300 acres of land, he stated. The entire project is to be completed on BOT basis with company funding. The company will be spending around US$ 5 billions during the Concession period up to 2048.

The Spokesman mentioned that after completion of the Concession period the entire fixed asset constructed and developed will be transferred to GPA with billions of dollars businesses operating in Gwadar Port and Gwadar Free Zone.

During the Concession period GPA is getting 9% of the gross revenue from port and marine service businesses and 15% of the Free Zone businesses, he maintained.

Despite shortage of water, electricity and road connection to the port, COPHC, together with GPA, is operating the Port with losses, said by the spokesmanHe expressed that despite these difficulties COPHC has been active to use its resources for the local community by giving employment opportunities, handling health problems, education and environmental protection programmes in Gwadar.

It is the vision of COPHC and GPA that all the authorities concerned  and stake holders may join us to ascertain the making of Gwadar Port as an economic hub of Pakistan and South Asia region.

The benefits to the district and the province would be much more than the expected revenues from the port.

Therefore, all such generalisations and uninformed views expressed in the media about the Port Concession Agreement are refuted. Such uninformed statements may only damage the pace of work initiated by COPHC and GPA inside the port area as well as the CPEC projects in the country, he said.