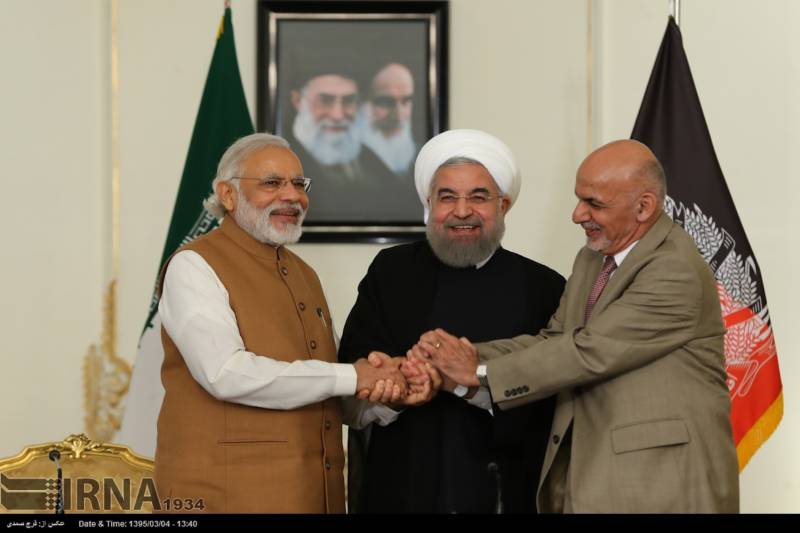 The MEA would not confirm who would represent India at the ceremony, but Iranian officials said they expected Shipping Minister Nitin Gadkari would travel to Chabahar for the event.

“The building of the phase number one of Chabahar port has been completed by the Iranian side,” an official said, adding that “President Rouhani will inaugurate the port along with all regional beneficiaries and neighbouring countries.”

Iranian media quoted President Rouhani as saying that the port “will enhance trade in the region,” with a final aim to connect not just to Afghanistan via rail, but to the 7,200 International North South Transport Corridor to Russia. Iran’s parliament or Majlis recently ratified the trilateral trade agreement signed by Prime Minister Narendra Modi, President Rouhani and Afghanistan President Ashraf Ghani in May 2016, officials said.

The inauguration ceremony of the port on Sunday will effectively pave the way for India to carry forward the next phase of construction and development of two berths for its use, particularly for trade to Afghanistan. Next, the government, that has committed $500 million to the port project, will develop a free trade area around the port, and finally will complete the loop with a $1.6 billion railway line to Zahedan.

India has already completed the Zaranj-Delaram highway in Afghanistan, which would facilitate the trade to Kabul, and eventually beyond, to Central Asia. According to Mr. Gadkari, who visited Iran in August this year, the first part of India’s construction will be finished in 2018.

At present, India is using the port’s existing commercial route to transport to send more than 1.1 million tonnes of wheat to Afghanistan; the first consignment of 15,000 tonnes from Kandla port came to Zaranj via Chabahar on November 11.