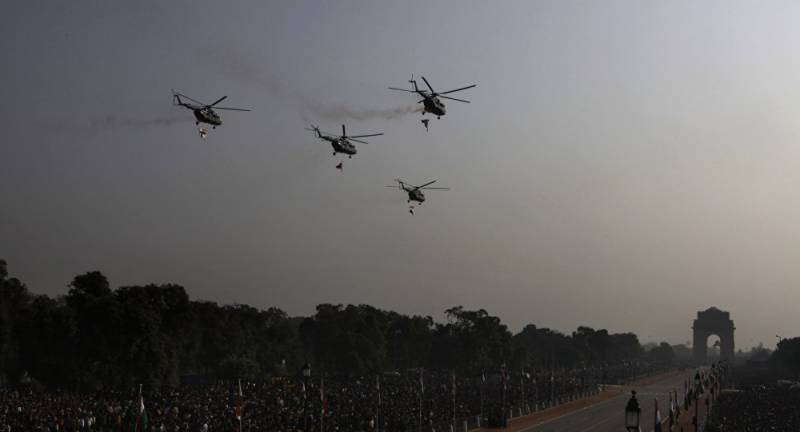 New Delhi: The Indian Air Force (IAF) has decided to upgrade the Mi-17 medium-lift helicopters with modern navigation and communication systems. The retrofit will render the helicopters more lethal in terms of allowing a precision attack on targets without losing connectivity with the command office during special operations including cross-border surgical strikes.

Highly placed sources told Sputnik that the Indian Air Force has reached out to the state-owned Hindustan Aeronautics Limited (HAL) for retrofitting 60 of its Soviet-origin Mi-17 medium-lift helicopter fleet with the tactical air navigation system (TACAN) and the VHF Omni-directional radio range (VOR) equipment and instrument landing system. This would be first for HAL to upgrade the Mi class helicopters.

"HAL has the capacity to do the work it is being offered by the Indian Air Force. It is yet to receive the work order formally but we ensure that the required retrofitting will be done efficiently at any given time-frame," a highly placed official of HAL told Sputnik on condition of anonymity.

According to the proposal, to start with, the retrofitting will be done on three helicopters in January 2018 and after a review, the remaining 57 Mi-17 helicopters will be handed over to HAL to complete the desired work in 24 months.

​With the help of TACAN, the pilot can fly directly to a particular location or use the bearing and distance from specific beacon to fix his geographical location. TACAN can transmit, receive and process time coded pulse pairs or single pulses. TACAN is fitted on aircrafts like Su-30, MiG-29UPG, MiG29K/KUB, and Jaguar/DARIN-III.

The Indian Air Force has been using Mi-17 in special operations since the last many years. The Soviet-origin helicopters can carry more than 36 heavily armed troops with an additional 4500 kg payload attached to an external sling. With an operational range of more than 1000 kilometers with two-auxiliary fuel tanks, it can strike deep down inside the enemy territory in the difficult Himalayan range.