Hafiz Saeed release: Pakistan to take strong stance in front of US
29 Nov, 2017 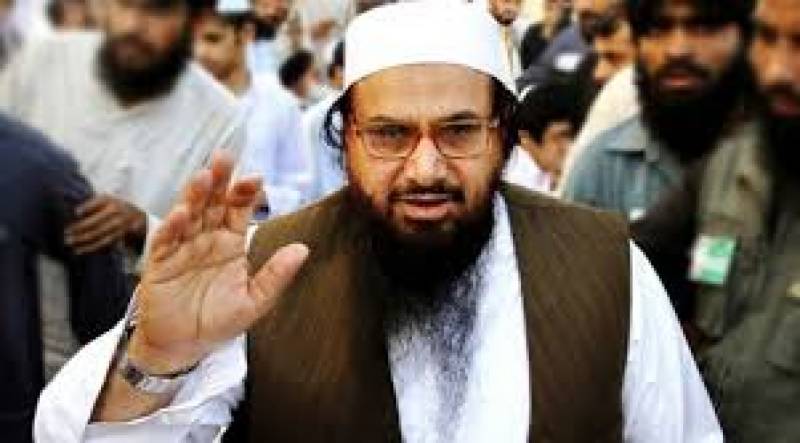 KARACHI: The federal government will clarify its position regarding Hafiz Saeed’s release to the US during US Defence Secretary James Mattis’ visit to Pakistan in the first week of December.

Daily Express reported that the government will apprise the US that the Jamaatud Dawa (JuD) chief was released on the Lahore High Court (LHC)’s orders due to lack of evidence and Pakistan could not take any action against Saeed due to the same reason.

The state will, however, reiterate its willingness to cooperate if it is provided with incriminating evidence and would prosecute the JuD chief under Pakistan’s law, in fact, Pakistan will act promptly against any terrorist activities on its soil if solid evidence or information is provided.

Pakistan will also discuss Afghan peace process, regional development and different strategies to root out terrorism, highlighting its efforts to eradicate terrorism, brief the US secretary on the on-going operations and stress that the country does not support or shelter terrorists on its soil.

On the growing US-India ties, Pakistan will highlight that the current policy is creating an imbalance of power in the region and to broker peace, the Trump administration will have to build balanced relations with Pakistan on the regional level.

Pakistan will also not entertain any reservations put forth by Mattis regarding China-Pakistan Economic Corridor (CPEC) and will reject any demands by the US on behalf of India.

The federal government has also decided to inform the Trump administration to overturn its “do more” demand if it wants to strengthen ties with Pakistan and has devised its own balanced approach regarding Afghan policy, expressing reservations over the current Afghan policy.

During the civilian-military establishment meeting, it was also decided that the state would take every aspect into account and bluntly negotiate diplomatic ties with Mattis.

Stressing on the importance of the country’s sovereignty, independence and its capability to eliminate terrorism on its own, the civil-military officials also intend on informing the US that no joint-operation will be conducted on Pakistani soil.