Dr. Ashraf Asif Jalali turns out to be actual leader of TLYRA
29 Nov, 2017 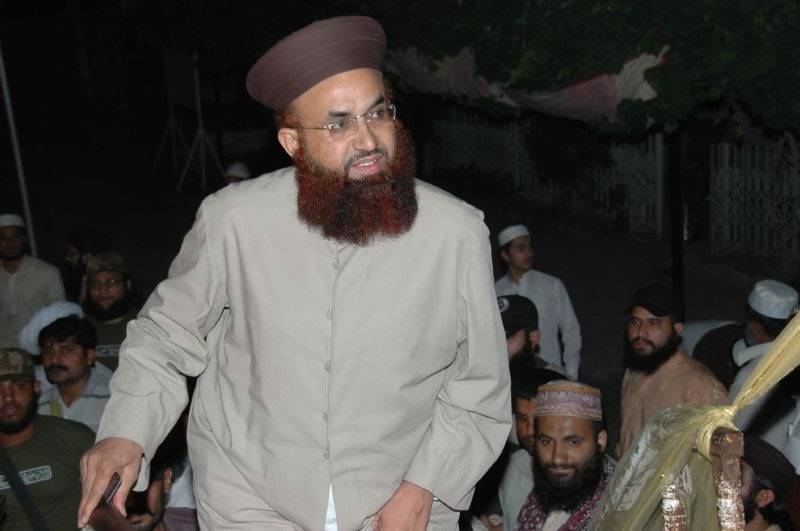 LAHORE: Head of Tehreek Sirat-e-Mustaqeem and his faction of Tehreek Labbaik Ya Rasool Allah (TLYRA) Dr. Ashraf Asif Jalali on Wednesday said that he does not recognize the agreement between Khadim Hussain Rizvi as Rizvi does not head TLYRA, ARY News reported.

Speaking exclusively to ARY News, Jalali, whose party is staging a sit-in outside Punjab Assembly, said that he only supported Khadim Hussain Rizvi in his cause but does not recognize the agreement between the cleric and the government as he (Jalali) was not taken into confidence.

Khadim Rizvi and his followers staged the Faizabad Dharna which ended after agreement between govt and his party Tehreek Labbaik Pakistan.

“He (Rizvi) is heading a different organisation and is on a different path since about a year. I, as chairman (TYLRA), sent him a show cause notice, he did not reply and registered his party in Election Commission as Tehreek Labbaik Pakistan (TLP),” said Jalali during ARY News show “Off The Record”.

As the host Kashif Abbasi ran a video in which Peer Afzal Qadri, a Tehreek Labbaik leader, accused Jalali of running away and not heading the party properly, Ashraf Jalali maintained that Afzal Qadri was nowhere till 2014 and it was his party which introduced Khadim Rizvi in 2014.

“I was elected by a millions of people and at least 70 religious scholars (as TLYRA head) and they (Rizvi and Qadri) were only selected by a few of their students,” claimed Jalali.