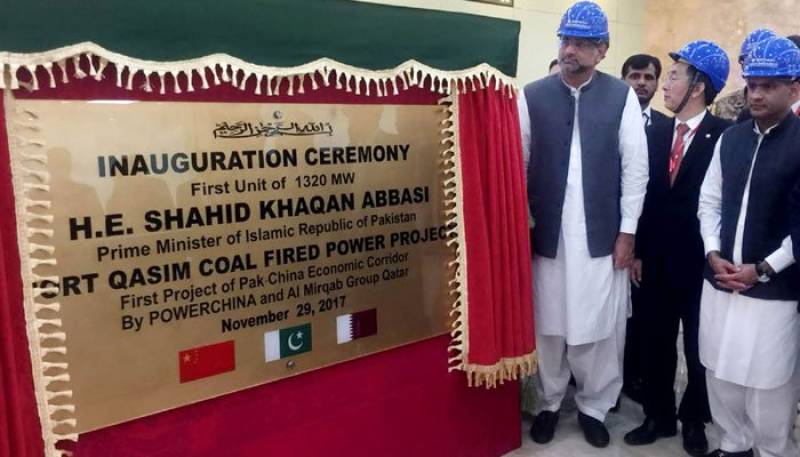 According to the prime minister, earlier they were told the project would not reach its successful conclusion.

About CPEC, Abbasi said it will also increase job opportunities along with benefiting the economy.

The officials concerned said first unit of the power plant will provide 660 megawatts of electricity to the national grid.

The prime minister will also chair a high-level meeting in Karachi to discuss the law and order situation in the metropolis.

Earlier this week, on Monday, Abbasi met King Salman Bin Abdul Aziz during his visit to Saudi Arabia, where the two dignitaries discussed bilateral relations as well as regional and international issues of mutual interest.