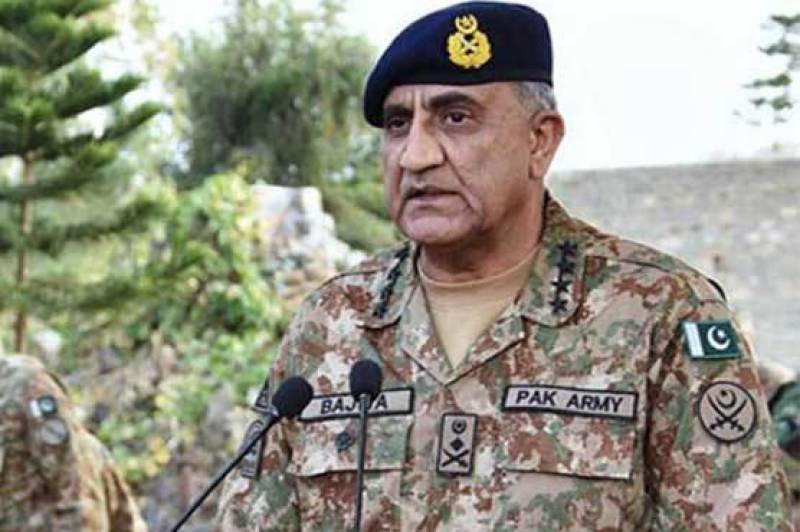 RAWALPINDI: The Chief of Army Staff (COAS) General Qamar Javed Bajwa on Wednesday visited the Pak-Afghan border near Bajaur Agency, the Inter-Services Public Relations Department (ISPR) said.
The COAS was briefed on the security around the Pak-Afghan border and plans to stop insurgency waged by terrorists from across the border. The army chief hailed the morale of the security forces, deployed on the border.
Meanwhile, the army chief also held a meeting with ulema from Khyber Pakhtunkhwa and FATA in Peshawar.