China warns US of retaliation over new trade war
29 Nov, 2017 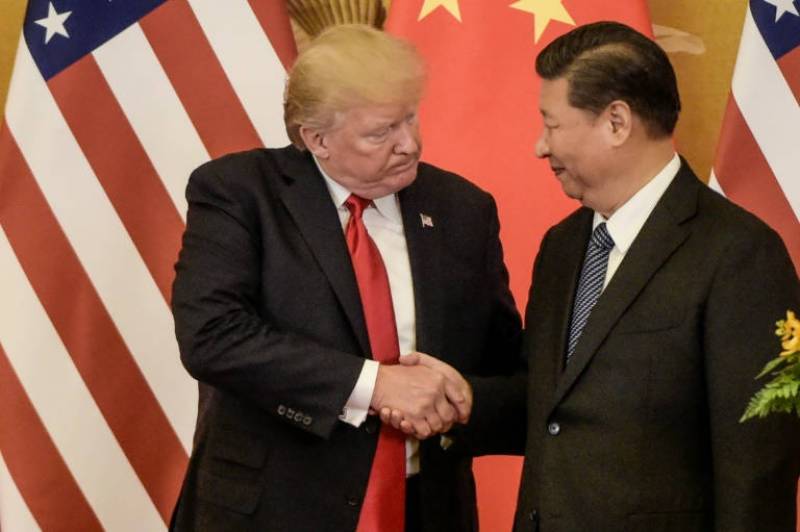 BEIJING - China on Wednesday warned it would take the “necessary measures” to protect its businesses after the United States launched a new trade probe into China’s possible aluminium dumping.

The investigation into imports of aluminium sheets worth hundreds of millions of dollars a year was an unusually aggressive move by the US.

For the first time since 1991, the US Commerce Department said it launched the investigation on its own initiative, rather than responding to a request from a US company. “This practice by the US side is very rare in the history of international trade,” China’s Ministry of Commerce said in a statement.

“China expresses strong dissatisfaction towards the tendency of trade protectionism displayed by the US,” the statement read.

The US Commerce Department said on Tuesday it opened the probe into possible dumping and inappropriate subsidies of common alloy aluminium sheets from China, which may be harming US industry.

“President Trump made it clear from day one that unfair trade practices will not be tolerated under this administration, and today we take one more step in fulfilling that promise,” Commerce Secretary Wilbur Ross said in a statement.

“We are self-initiating the first trade case in over a quarter century, showing once again that we stand in constant vigilance in support of free, fair and reciprocal trade,” he added.

The US imported more than $600 million of aluminium sheets from China last year. The product, used in building and construction, transportation and making appliances, may benefit from subsidies and may be sold in the US market below cost, the statement said.

The government could retaliate by imposing punitive import duties on the Chinese aluminium. China’s Commerce Ministry said the aluminium trade was mutually beneficial to China and the US.

“Man-made obstruction to the normal aluminium trade will harm the interests of both China and the US,” the statement said, which was attributed to Wang Hejun, the director of the trade remedy and investigation bureau.

China said it would adopt the “necessary measures to protect the legitimate rights and interests of Chinese enterprises”, but did not detail what those measures would be.

Washington’s use of the rare tactic capped a series of adversarial manoeuvrers on trade with China, and came shortly after President Donald Trump’s two-week trip to Asia this month, which included a stop in Beijing.

Besides other measures, the Trump administration in April launching national security investigations into Chinese imports of aluminium and steel, warning that they threatened to undermine producers crucial to US defence needs.

The Trump administration has launched 65 percent more trade investigations than the final year of the Obama administration, with 79 opened compared to just 48 in 2016, according to the Commerce Department.

The last time the Commerce Department self-initiated a countervailing duty case was 1991, on Canadian softwood lumber — a dispute that continues. The last self-initiated anti-dumping investigation was into Japanese semiconductors in 1985.

The department said it acted based on information suggesting import prices for the Chinese alloy aluminium sheets “may be less than the normal value” and production of the material may have been unfairly subsidised, the statement said.