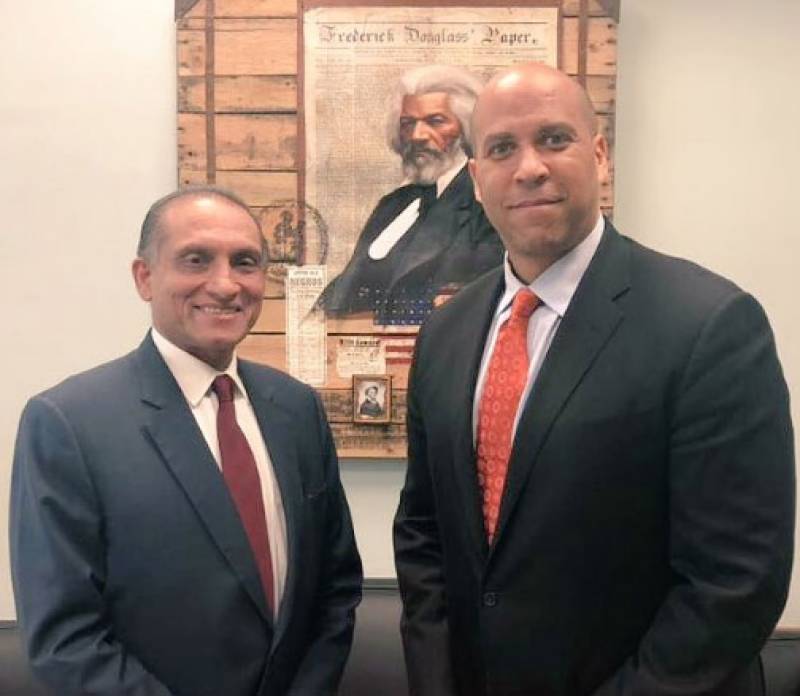 Senator Booker is a member of the Senate Foreign Relations Committee, said a press release issued here from Washington DC.

The ambassador briefed Senator Booker on Pakistan’s perspective on the region, including the situation in Afghanistan. Noting that both countries desired peace and stability in South Asia, the ambassador said it was important for Pakistan and the United States to work together for a political settlement in Afghanistan.

Ambassador Chaudhry informed the Senator that Pakistan’s successes in the fight against terrorism had resulted in an improved internal security environment. At the same time, economic situation has also improved in the country.

The ambassador said greater cooperation between the U.S. and Pakistani corporate sectors would generate jobs and prosperity for both countries.

Senator Booker thanked the ambassador for his briefing. Describing himself as a friend of Pakistan, the Senator agreed on the need for closer cooperation between Pakistan and the U.S. in not only the bilateral domain but also for peace and stability in the region.