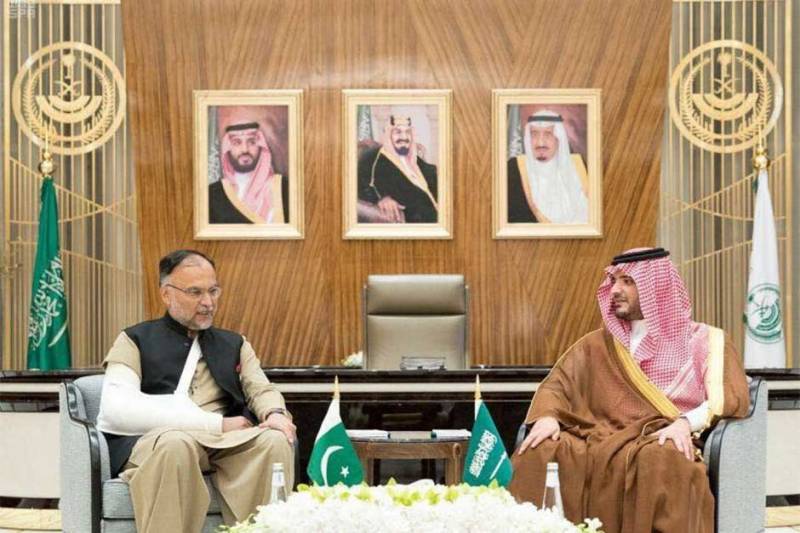 During the meeting, the two leaders discussed ways of coordinating the bilateral cooperation between the Ministries of Interior of the two countries.

Iqbal appreciated the 2017 amnesty scheme, under which a large number of Pakistani expatriates returned to Pakistan.

The officials discussed other matters relating to Pakistanis living in Saudi Arabia and those visiting the Kingdom, including immigration matters and transfer of prisoners.

Umrah and Haj facilitation were also discussed in the meeting.

The Saudi Minister promised to look into all issues and matters.

According to a message received here on Monday, the Saudi Interior Minister, while welcoming Iqbal to the Kingdom, also showed concern over the assassination attempt on Iqbal and inquired after his health.

Iqbal extended greetings and felicitations from the government and people of Pakistan.

He thanked the Saudi Government for the strong expression of condemnation of assassination attempt incident on him. He also thanked the Saudi Interior minister for inquiring about his health while in hospital.