Pakistan empowers Gilgit-Baltistan region in a historic move
29 May, 2018 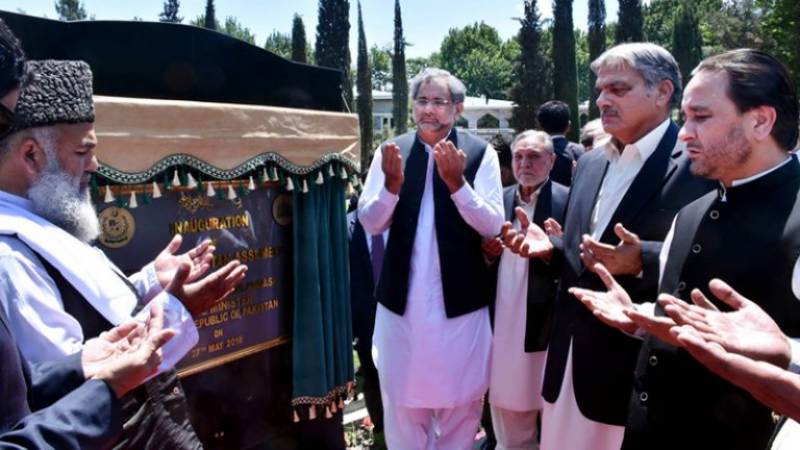 GILGIT: Prime Minister Shahid Khaqan Abbasi Sunday said that the new Gilgit-Baltistan (GB) law would make the GB government even more powerful than other provincial governments and grant similar basic rights to the area people without any discrimination.

The premier was addressing the GB Legislative Assembly following approval of GB Order 2018.

He said that the government had been working on the order for the last seven to eight months and it had been facing resistance from within its own ranks as some people never wanted to forego their powers.

“It is a historic day for GB. The area has been given constitutional rights. It will now have all necessary power. The high court judges, governors will be from within the region while a quota will be allotted for the people of the area in the civil service,” he said.

The premier said under the new law that had replaced GB Empowerment and Self-Governance Order of 2009, all powers would rest with the GB Assembly and there would be no discrimination between the fundamental rights being enjoyed by residents of other provinces and those of the GB.

The prime minister dismissed the opposition’s criticism and said there was no need of legislation for the step as it could be done through an order. “However, the government could also get it passed through parliament where it enjoyed the majority.”

Abbasi remarked that everyone had the right to a difference of opinion but the stance of others must be heard as well.

He told the members that under the new order, all the subjects that had been devolved to provinces under 18th Amendment would also stand devolved to GB. “The Gilgit Baltistan Council would only deal with the federal subject, having just an advisory role, not executive or overriding one.”

Under the new law, he said chief secretaries would be given all powers so that the people need not to visit Islamabad for resolution of their issues. A single consolidated fund would be established and the GB would have the powers to spend it for development, he explained.

He remarked that Gilgit-Baltistan was moving towards progress.

He thanked Kashmir Affairs and Gilgit-Baltistan Minister Muhammad Barjees Tahir for extending his support in preparation of new order.

Earlier on his arrival in GB, the premier was received at Gilgit Airport by Governor Mir Ghazanfar Ali Khan, Chief Minister Hafiz Hafeezur Rehman and other high officials.

Shahid Khaqan Abbasi visited the Yadgar-e-Shaudah in Chinar Garden where he laid a wreath and offered fateha for the heroes and martyrs of the liberation war of Gilgit-Baltistan.

The prime minister laid the foundation stone for Gilgit Naltar expressway road project. The project will be completed with a total outlay of Rs 2.6 billion in three years.

Gilgit Naltar expressway project after completion will reduce travel distance from two hours to half an hour will help promote tourism in the area. Shahid Khaqan Abbasi also laid the foundation stone for Gilgit-Baltistan secretariat project.

Separately, PM Abbasi has summoned 38th CCI session at his office in Islamabad. Chief ministers of all four provinces have been requested to attend the meeting where issues, including water crisis, will be discussed.