ICC makes tougher penalties and sanctions in its new Rules for international cricket
29 May, 2018 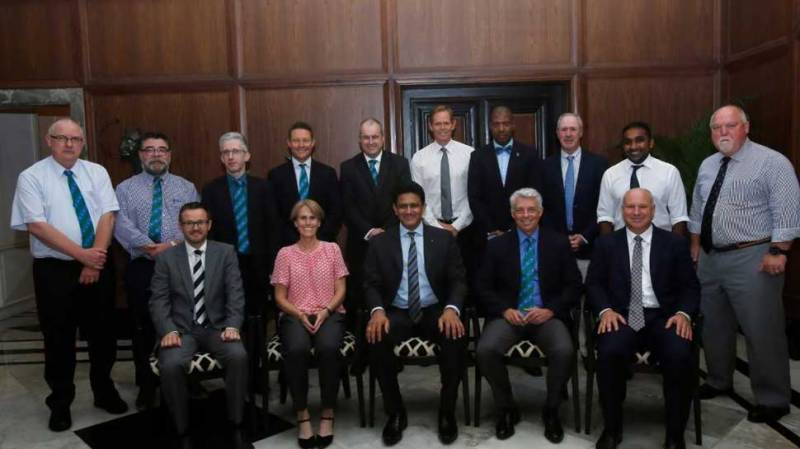 *MUMBAI:* In view of rising incidents of ball tempering and the growing lack of sportsmanship among players, the Anil Kumble-led ICC Cricket Committee on Tuesday made a series of recommendations to improve the game and develop a ''culture of respect'' among the competing teams and its members.

According to reports, the ICC Cricket Committee also decided against abolishing the spin of coin in the game's traditional format, calling it an "integral part of the narrative".

Led by the former India captain, the committee urged the world cricket's governing body to take tough measures and restore the "culture of respect" among competing teams and its players.

It also called for greater sanctions against players for indulging in incidents of ball tampering.

During the two-day meeting of the ICC Cricket Committee in Mumbai, one of the primary points of discussion was whether to do away with the toss (visiting team getting right to choose) in order to minimise the home advantage during Test matches.

"The committee discussed whether the toss should be automatically awarded to the visiting team but felt that it was an integral part of Test cricket which forms part of the narrative of the game," the ICC stated in a release.

"Acknowledging that the preparation of Test pitches that could provide a risk to the competitiveness of the ICC World Test Championship, the Committee urged Members to continue to focus on the delivery of pitches that provide a better balance between bat and ball in line with ICC regulations," it said.

The abolition of toss became a contentious issue as most of the former players and stakeholders termed it a negative step.

The bulk of the time over the last two days was spent in discussing poor players' behaviour that has plagued the game for quite some time along with issues like ball tampering, which saw Australia's captain Steve Smith and his deputy David Warner being suspended for one year due to their involvement in the scandal in South Africa.

"We had an excellent discussion around the issue of player behavior and I'd like to thank Mike Gatting and David Boon for joining us and making valuable contributions,'' Kumble said.

"The Committee echoed the sentiments of the ICC Chief Executives' Committee and the ICC Board, and, as such, we have made a series of recommendations as part of the creation of a culture of respect we can all adhere," Kumble added.

*Some of the suggestions made by the ICC Cricket Committee with regards to Code of Conduct include:*

-Creating a Code of Respect

-Match referee to have the authority to downgrade or upgrade a level of offence or sanction.

For someone who has played the game with integrity and respect for the opposition, Kumble was more concerned about "excessive" personal abuse.

"The group felt that excessive personal abuse and ball tampering were serious offences in the game and that should be reflected in the way in which they are dealt with. There was also strong support for giving the match officials more authority and subsequently greater support around their decision making," Kumble said.

The committee also recommended a change in the points system to the ICC Chief Executives' Committee. The committee recommended that points should only be awarded for each match and not a series win.

It was proposed that there was a draw-win ratio of 0.33:1, so a draw gives each team a third of the available points. For example: if three points are awarded for a win, a team will get a point for a draw.

It was also agreed to propose a reserve day for the ICC World Test Championship final to enable any time lost through bad weather to be made up.