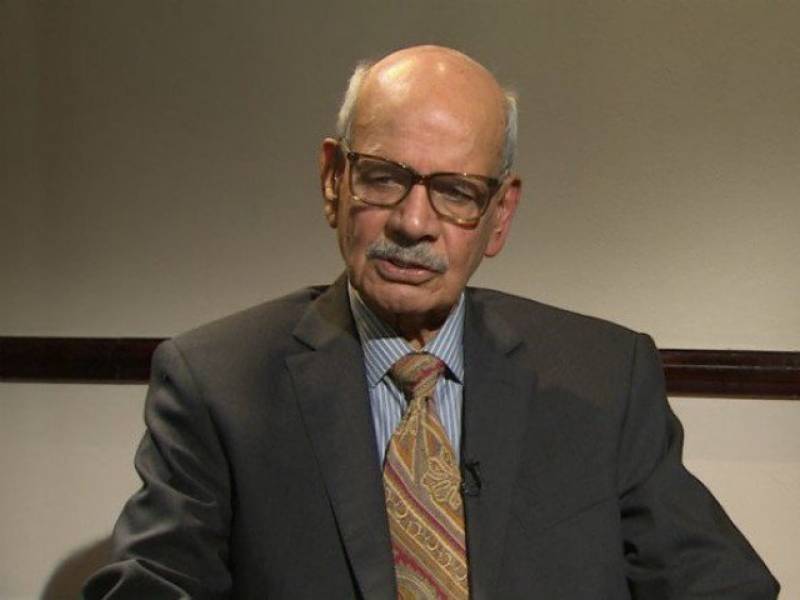 KARACHI: Former chief of Inter-Services Intelligence (ISI) Lt. Gen. (retd) Asad Durrani had not sought approval on the draft of his highly-controversial book 'The Spy Chronicles' from the army, which was mandatory under the military code of conduct, defense analyst Amjad Shoaib.

Shoaib added that Durrani had failed to provide satisfactory answers to the General Headquarters, due to which a detailed probe into the matter has been ordered by the concerned authorities.

In an unprecedented move, the General Headquarters while ordering a court of inquiry against the former ISI chief has approached the competent authority to put his name on the Exit Control List (ECL).

According to the Inter Services Public Relations (ISPR) Gen Durrani visited the GHQ on Monday to explain his position on the recently launched book. A formal court of inquiry, headed by a serving lieutenant general, has been ordered to probe the matter in detail, it said in a statement.

Detailing the next steps in the regard, Shoaib explained that Judge Advocate General (JAG) branch of the army will carry out legal actions after obtaining approval from Army Chief Gen Qamar Bajwa. ‘The legal course against Durrani depends upon the availability of credible information and witnesses, after which investigations can be wrapped up in just a week’s time,’ he said.

Moreover, Shoaib stated that the draft of General Pervez Musharraf’s book had been given a go-ahead by the GHQ.

Shoaib also went on to say that Durrani should explain whatever information he currently has. He also opined that the timing of the book’s publication indicates what many believe a fifth generation war launched by India against Pakistan.

The attributions made to Durrani in the 255-page book were taken by the GHQ as a violation of Military Code of Conduct applicable on all serving and retired military personnel.