Why SBP has raised the policy interest rates yet again?
29 Mar, 2019 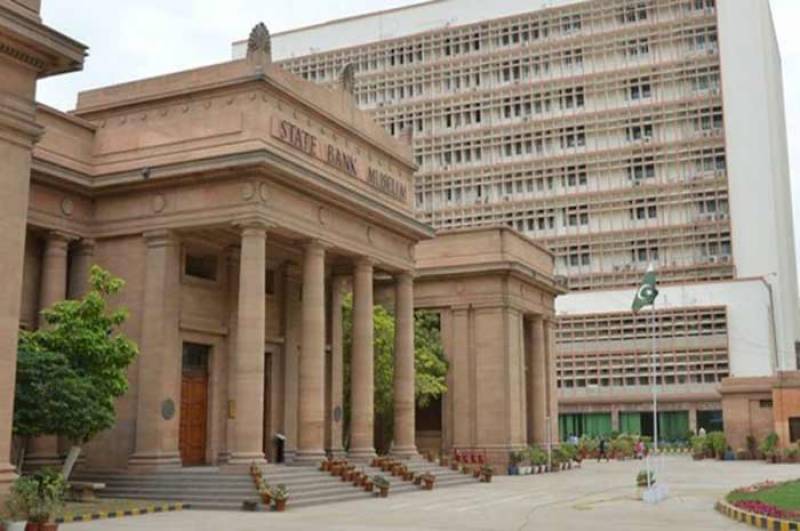 ISLAMABAD - State Bank of Pakistan (SBP) Friday announced the monetary policy for next two months, decided to increase the policy rate by 50 basic points (bps) to 10.75 percent which would be effective from April 1, 2019.

The Monetary Policy Committee (MPC) noted that sustainable growth and overall macroeconomic stability requires further policy measures as underlying inflationary pressures to continue, the fiscal deficit is elevated, and despite an improvement,the current account deficit is still high, a SBP press release said. It said economic data released since the last MPC meeting in January 2019 indicates that the impact of stabilization measures continues to unfold.

In particular, the current account deficit recorded a sizeable contraction during the first two months of 2019, which, together with bi-lateral inflows, helped ease pressures on SBP’s foreign exchange reserves.

These developments on the external front have improved stability in the financial markets, reduced uncertainty and improved businesses confidence, as reflected in various surveys. Nonetheless, despite narrowing, the current account deficit remains high, fiscal consolidation is slower than anticipated, and core inflation continues to rise.

Average headline CPI inflation reached 6.5 percent in Jul-February of fiscal year 19 compared to 3.8 percent recorded in the same period last year. Meanwhile, year on year CPI inflation has risen considerably to 7.2 percent in January 2019 and further to 8.2 percent in February 2019- the highest YoY increase in inflation since June 2014.

These pressures on headline inflation are explained by adjustments in the administered prices of electricity and gas, significant increase in perishable food prices, and the continued unfolding impact of exchange rate depreciation. Core inflation maintained its 13-month upward trajectory accelerating to 8.8 percent in February 2019 from 5.2 percent a year earlier. Further, rising input costs on the back of higher energy prices and the lagged impact of exchange rate depreciation are likely to maintain upward pressure on inflation despite a moderation in aggregate demand due to a proactive monetary management. As a result, headline CPI inflation is projected to fall in the range of 6.5 to 7.5 percent for FY19.

In particular, Large-scale Manufacturing (LSM) declined by 2.3 percent during Jul-Jan FY19 against 7.2 percent growth recorded in the same period last year. The latest available estimates of major crops also depict a lackluster performance by the agriculture sector. The slowdown in commodity producing sectors has downside implications for growth in services sector as well.

Owing to stabilization measures, the current account deficit narrowed to US$ 8.8 billion in Jul-Feb FY19 compared to a deficit of US$ 11.4 billion during the same period last year- a fall of 22.6 percent.

This includes a notable pace of retrenchment of the current account deficit by 59.9 percent during the first two months of 2019 over the same period last year.

This reduction in the external balance was mainly driven by a 29.7 percent decline in the trade deficit in goods and services as well as a strong growth in remittances. The reduction in the trade deficit is in large part driven by import compression- this decline would have been even more pronounced if not for a rise in oil prices. Exports, in dollar value, during this period remained flat, however in terms of quantum there has been a notable improvement.

Though still posing a significant challenge in term of its financing, the narrowing of the current account deficit has translated into some stability in the foreign exchange market.

With an improvement in the external balance as well as an increase in bilateral official inflows, SBP’s foreign exchange reserves gradually recovered to US$ 10.7 billion on 25th March 2019. While the reserves are still below the standard adequacy levels (equal to three months of imports cover), the recent improvement on the external front has nevertheless improved business confidence.

This is captured in the recent wave of IBA-SBP surveys of large number of firms in industry and services sectors. Having said that, the share of private financial flows need to increase on sustainable basis to achieve medium-to-long term stability in the country’s external accounts. Similarly, as enunciated in previous statements, concerted structural reforms are required to reduce the trade deficit by improving productivity and competitiveness of the export-oriented sectors.

The fiscal deficit for HI-FY19 was higher at 2.7 percent of GDP when compared with 2.3 percent for the same period last year. In view of the shortfalls in revenue collections and escalating security-related expenditures it is most likely that the target for the fiscal deficit in FY19would be breached.

So far, a significant portion of the fiscal deficit was financed through borrowings from SBP, which if continued, will not only complicate the transmission of monetary policy but also dilute its impact and prolong the ongoing consolidation efforts.

In absolute terms, the government borrowed Rs3.3 trillion from SBP and retired Rs2.2 trillion of its borrowing from scheduled banks (on cash basis) during July 1 to Mar 15, of FY19. This in turn, facilitated the banks to meet private sector credit demand th