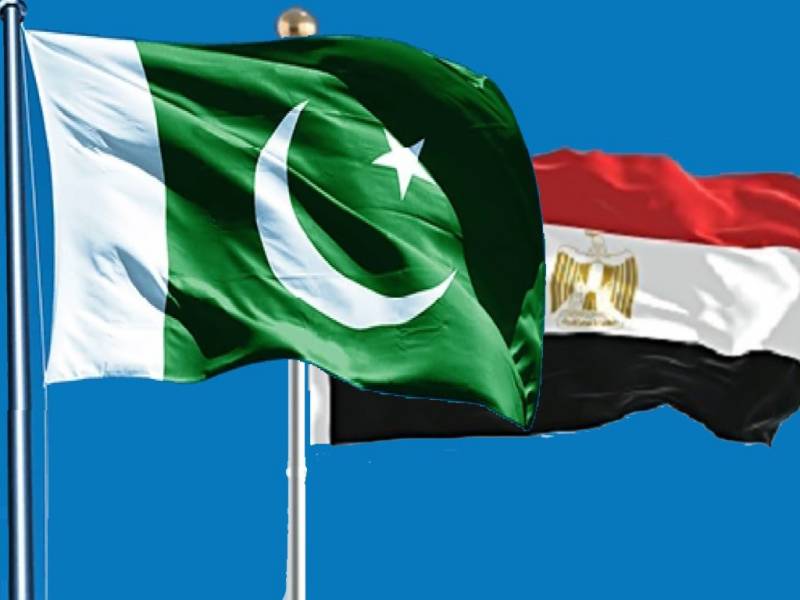 LAHORE - Ambassador of Egypt Ahmed Fadel Yacoub said on Friday that a sector-specific trade delegation from Egypt would visit Pakistan from May 2 to explore trade and investment opportunities.

Talking to LCCI President Almas Hyder and Vice President Faheem-ur-Rehman Saigal at Lahore Chamber of Commerce & Industry, he said, "I am here with a simple message that Egypt wants to do business with Pakistan."

The ambassador said that brotherly and historic relations between the two countries should be reflected in trade as both countries have a lot of potential. He said that Egypt is importing rice via Dubai and wants to import this commodity from Pakistan, adding that Pakistan is a country with over 200 million people and a big market for Egyptian businessmen.

He said, the bilateral trade balance does not exceed 200 million dollars a year which does not reflect the potentials of both countries.

He said that Egypt is a country with a strong and flourishing economy. He said both Egypt and Pakistan enjoy historical relations that date back to even before the establishment of Pakistan. The ambassador told that Allama Iqbal visited Egypt many times.

He said that Pakistani businessmen want to do business with Egypt would have extra benefits. He said that Egypt wants to encourage trade and joint ventures would give priority to imports from Pakistan.

He invited the Pakistani businessmen to come Egypt and explore trade and investment opportunities. He said that improvement in legal framework to protect the business would also help boost trade and economic ties.

LCCI President Almas Hyder said that Lahore Chamber is planning a delegation for Africa to establish new business contacts. He said that Egypt Embassy has always responded positively to any initiatives taken by LCCI like Ambassadors’ Dinner, OIC Conference and Africa Day etc.

Almas Hyder said that close relations between two countries are not fully reflected in two way trade. Egypt comes at 40th and 39th places respectively among the top importing and exporting destinations for Pakistan. For exploiting untapped potential both Egypt and Pakistan need to explore opportunities jointly. The total size of bilateral trade came down to dollar 208 million in 2018 which was dollar 231 million in 2017. Pakistan’s exports showed some improvement during that tenure by reaching dollar 83 million from dollar 77 million. It was due to decline in imports from Egypt to Pakistan which decreased from dollar 154 million to dollar 125 million in last two years. Pakistan exports woven fabric, cotton yarn, medicaments and some surgical instruments to Egypt. The imports from Egypt consist of sanitary towels, seeds and raw cotton etc.

LCCI President said, Pakistan being an agricultural economy can supply both semi-processed and processed foods to Egypt. In 2018, Egypt imported wheat and meslin worth dollar 2.6 billion, maize worth dollar 1.7 billion, meat worth dollar 1 billion and sugar dollar 0.8 billion. Let Pakistan manage to take some share in these items.

He said that Egypt is considered to be one of the top destinations in the world for tourists. Pakistan offers a wide spectrum of tourism ranging from religious to historical places and ancient civilizations to modern architecture.

"We have utilised only a fraction of the tourism potential available in our country. We would like to take benefit of expertise and techniques adopted by Egyptians to attract maximum foreign tourists," he said.