International Sikh delegation of pilgrims across the World arrive in Pakistan
29 Mar, 2019 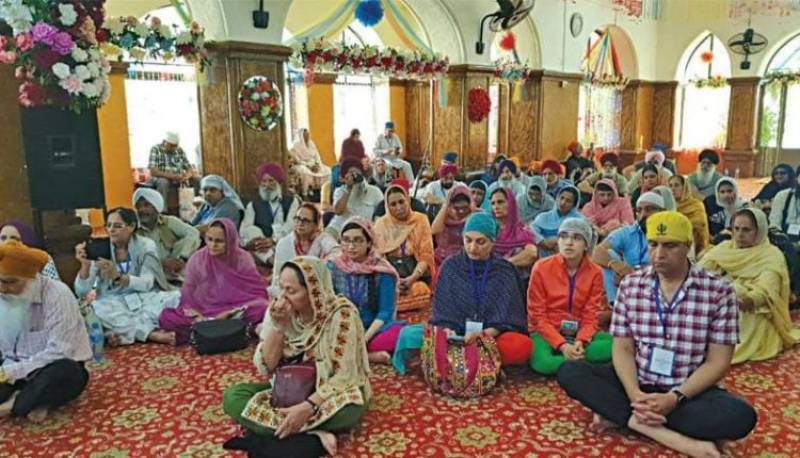 SIALKOT: A delegation of over 100 Sikh pilgrims from the United States, the United Kingdom and Canada visited Gurdwara Babey Di Beri.

The pilgrims performed their religious services and exchanged gifts with each other.

Two pilgrims – Sardar Manmohan Singh and Pareet Kaur – said that Pakistan was a peaceful country without any doubt and its people were known around the world for hospitality.

The pilgrims also visited Gurdwara Rori Sahib at Eimanabad and performed their rites.

In November last year, Prime Minister Imran had laid the foundation stone for the Kartarpur corridor. Gurdwara Darbar Sahib in situated in Kartarpur commune in the Narowal district of Pakistan’s Punjab province, it holds a religious significance for the Sikh community.

While Pakistan is welcoming Sikh pilgrims with open hearts and making every effort to facilitate them in their pilgrimages, on the other hand, the hostility in India’s behaviors is on constant rise.

Earlier today, the Indian government postponed the upcoming meeting with Pakistani officials which was scheduled on April 2 at Wagah in order to build further consensus on issues pertaining to the construction of Kartarpur Corridor.