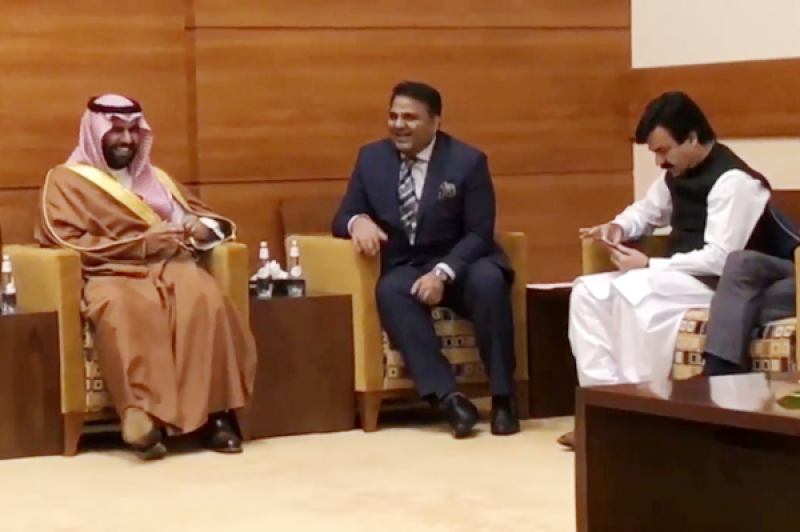 Saudi Arabia has appreciated the efforts of Prime Minister Imran Khan for transforming Pakistan and taking it on the path of progress and prosperity.

This expression was made by Saudi Culture Minister Prince Badr bin Abdullah at a meeting with Minister for Information and Broadcasting Chaudhary Fawad Hussain in Riyadh.

The Saudi Culture Minister said the relationship between Pakistan and Saudi Arabia is time-tested.

Chaudhry Fawad Hussain highlighted vision of Prime Minister Imran Khan on culture sector as an essential tool to promote soft image of Pakistan and Muslim Ummah as a whole.

He also thanked the leadership of Saudi Arabia for their support to Pakistan in its efforts for poverty alleviation and uplift of economy.

Chaudhry Fawad Hussain is in Saudi Arbaia with a delegation to attend launching ceremony of Saudi vision of culture initiatives to highlight culture of Saudi Arabia.