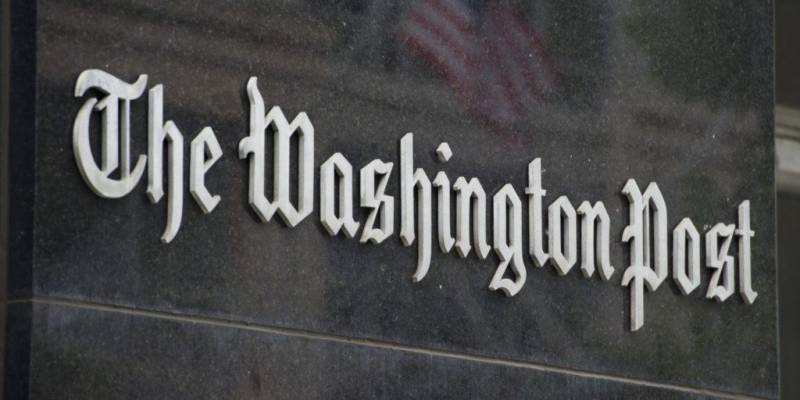 ISLAMABAD - Indian brutalities in occupied Kashmir have forced scholars and educated youth to take up arms against Indian state terrorism, Washington Post has said in a report. The report said that the numbers of young Kashmiris turning to the armed resistance was growing and not just the youth but also professors had also started standing up against Indian atrocities in the occupied territory, KMS reported on Friday. The Washington Post report shared the account of a professor Muhammad Rafi Butt. He failed to attend a faculty meeting at the University of Kashmir one Friday afternoon last year and no one knew of his whereabouts till two days later, when his colleagues turned on their televisions and saw that he was martyred by Indian troops during a cordon and search operation in Badigam village of the Shopian district. The report said that Dr Muhammad Rafi Butt was the kind of professor students adored, always ready to help with books, advice or small loans. His colleagues in the sociology department found him reliable and ambitious, a scholar whose research on consumerism might propel him to a post elsewhere in India. The report said some of those standing up against the Indian brutalities like Dr Rafi Butt are highly educated and have promising careers ahead of them but Indian atrocities in occupied Kashmir have forced them to take to the armed resistance. Dr Rafi Butt, 31, received a PhD from the University of Kashmir and began teaching there. His students said they were crushed to learn of his death but described it as martyrdom. “It is a personal choice,” said Muhammad Rayees Rafeeqi, 24. “You cannot stop anyone.” The report said brutal tactics by India have bred anger and despair. Kashmiris describe a sense of daily humiliation, sometimes petty and sometimes grave, it added. The report said, paramilitary personnel stand guard on bridges and roads in Srinagar, Kashmir’s largest city, against a backdrop of stunning snow-capped mountains. It said that some walls still bear graffiti with the name “Burhan,” a popular youth leader martyred by Indian troops in a fake encounter in July 2016. His killing sparked massive protests to which India responded with brute force. The report quoted Nayeem Fazili remembering his son, Eisa Fazili, a university student, coming to him in an agitated state after a young engineer was martyred in the 2016 mass uprising. “You’re saying that we should arm ourselves with degrees and knowledge” to help the Kashmiri people, Fazili recalls his son saying. “But what did this degree give him?” A school principal, Nayeem Fazili placed a premium on education and sent his two sons to the most prestigious private high school in Srinagar. Eisa went on to study engineering at a university in the city of Jammu. Then, one day during his final semester in 2017, he disappeared.

The day after Fazili began frantically searching for his son, he received a call from a neighbour asking if he knows how to use Facebook and directed him to a specific page. There, Fazili found a photo of Eisa holding an AK-47 rifle. His son was martyred by Indian forces during a cordon and search operation in March 2018. Umair Gul, a doctoral student who has studied the history of the resistance struggle in Kashmir, wrote recently that educated Kashmiris have long been among those resisting Indian brutalities but thanks to social media, such examples are gaining new prominence. The report said even as the Indian government has clamored for action against Pakistan on the false accusation of sponsoring terrorism, “what is being completely overlooked are strategies to restore internal stability and sober governance” in occupied Kashmir. Since the Pulwama incident of February 14, 2019, India has sent thousands more paramilitary personnel to occupied Kashmir. It imposed ban on socio-religious organization Jamaat-e-Islami and arrested hundreds of its members. The authorities raided the homes of prominent Hurriyat leaders. They also postponed so-called assembly elections, deepening the crisis of democracy in occupied Kashmir, whose assembly was dissolved in controversial fashion.