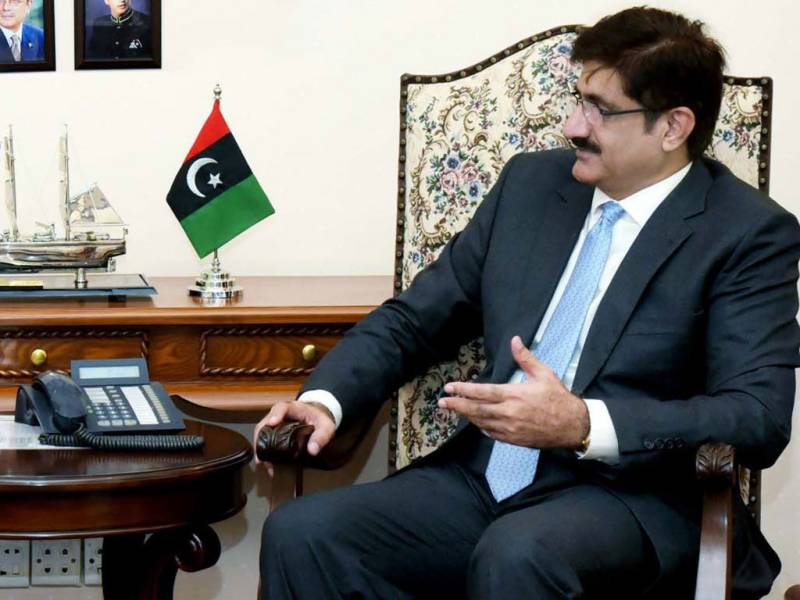 KARACHI: Sindh Chief Minister Syed Murad Ali Shah has said that river stem model of the Indus basin in Pakistan for modelling the 1991 Water Apportionment Accord would be useful for exploring different interpretations of provincial sharing arrangements as well as understanding the potential impacts of climate change and dam sedimentation on Sindh’s water security.

The Australian CSIRO delegation made a presentation to the Chief Minister and senior government officials on the collaborative work that was done as part of the MoU on water between the Australian and Pakistan governments. The work comprises a river stem model of the Indus basin in Pakistan and the associated tool for modelling the 1991 Water Apportionment Accord. The Chief Minister appreciated the Australian efforts and said that this tool would be useful for exploring different interpretations of provincial sharing arrangements as well as understanding the potential impacts of climate change and dam sedimentation on Sindh’s water security.

The meeting also discussed on Water Sector Task Force Report which outlined a range of significant pressures and issues facing the Indus basin in Pakistan. The report calls for requirement for a repeatable system/evidence base to quantify the major water balance terms and then objectively plan for climate Change, Infrastructure ($26 billion proposed investment), Development, Water sharing according to inter-provincial Water Apportionment Accord, Food and economic security, Secure, productive and sustainable cities. They also urged for building Knowledge and Capacity of concerned officers, recommended the implementation of Australian water management technologies and associated capacity building.

It was pointed out in the meeting that the integrated water resource assessment, data management, modelling and capacity building are necessary to support national water planning and policy development.

Scenarios and outlook of agricultural production, food security, water use and livelihood outcomes under changing climate, increasing population and infrastructure development should be part of the plan.

The Australian authorities have recommended Indus Integrated Modeling Framework (IIMF) under which they have suggested that surface water allocation should be made by working out seasonal forecast by assessing climate, historic and future and Rainfall which include glacier, snow and rain.

The surface water allocation should be made keeping in view the demand based on field scale of irrigation, hydropower, urban and environmental requirements based on availability of ground water, fresh and saltish. Meanwhile, trend analysis may also be made for water availability and use, agriculture production and population growth.

The chief minister engaged his water experts of Irrigation department with the Australian experts to work out further details of the model so that it could be implemented in the larger interest of people of Sindh.