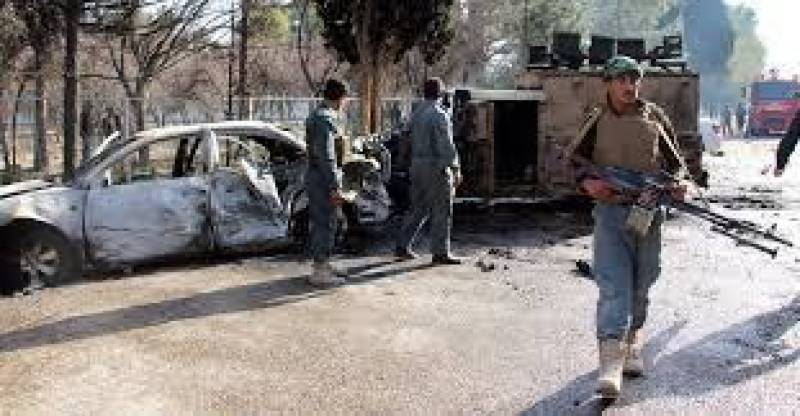 Meanwhile, Taliban claimed responsibility for the attack and their spokesman Qari Muhammad Yousaf Ahmadi told AIP that a fighter was killed and three more sustained injuries in the gunfight.

Some sources said five police personnel were killed and two more injured in a blast in Sangin district yesterday. The dead included a commander Toryalai, the sources added.

A member of Helmand provincial assembly said eight police personnel were found dead at a checkpoint in Malgeer area in the limits of Grishk district.

No bullet shots were found in the bodies, the sources said. They had been killed with some fatal items. The attackers did not take away their weapons.

Security officials have not said anything in this regard so far. However, a press release issued by ANA 215 Maiwand military corps in Helmand stated that 22 Taliban fighters were killed and four more injured during operation in Syed Muhammad, Haidarabad and Shorkeen villages in the limits of Sangin district.

However, Zabul provincial governor’s spokesman Gul Islam Siyal told AIP that Sewara was not a district headquarters rather it was an area of Shinkay district. The security forces and Taliban suffered casualties in gunfight in the area. However, accurate information could not be ascertained immediately, he added.

According to Haqbayan, Taliban captured three checkpoints. The casualties could rise or decrease, he added.

Taliban have not said anything about clashes in Sewara area so far. (AIP)