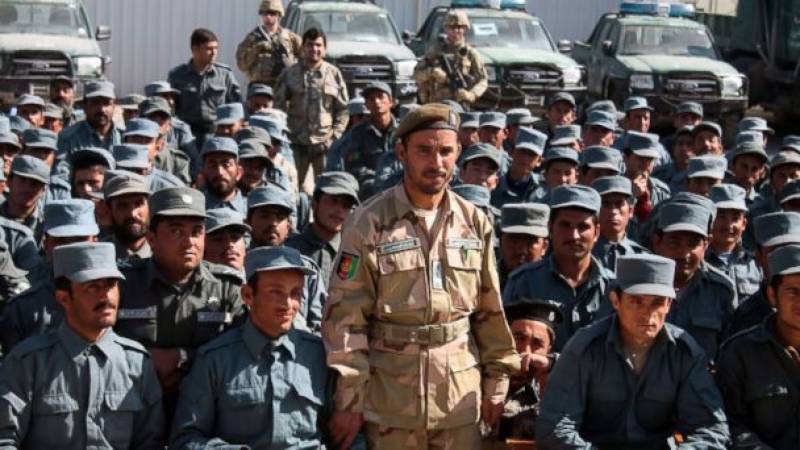 *WASHINGTON DC: *The Afghan military could pose a serious threat to the country’s security if international aid comes to an abrupt halt following a peace deal between the Taliban and the government, an official US report said Thursday.

The findings come as the US seeks to broker a peace deal between the insurgent fighters and the internationally recognized government led by President Ashraf Ghani to end 17 years of war.

“There are over 300,000 Afghans currently serving in the security forces, most of whom are armed,” said John Sopko, who heads the Office of the Special Inspector General for Afghanistan Reconstruction (SIGAR), while presenting his report in Washington.

“If, because of a loss of financial support, their paychecks were to stop coming, this could pose a serious threat to Afghanistan’s stability.”

Since invading Afghanistan in 2001 to oust the then Taliban regime, The US has poured more than $780 billion in aid into the country, 15 per cent of which was spent on reconstruction.

Most of the reconstruction funds, 63 per cent or $83.1 billion, were spent on Afghan security services, including salaries, equipment, infrastructure and training, the report said.

In recent years, financial support for Afghan forces has been even more critical, with $4.8 billion allocated in 2018, or 83 per cent of funds set aside for reconstruction.

“It does not take an advanced degree in mathematics to recognize that if donor support is decreased or eliminated – whether there is a peace agreement or not — the Afghan government and its military in particular, will be in dire straits,” said Sopko.

The report warned that if an elusive peace deal is achieved, some 60,000 heavily armed Taliban fighters will have to be peacefully reintegrated into Afghan society, “as disaffected former Taliban who may have been expecting a peace dividend may return to violent and predatory behaviour.”

“Without financial support, the government of Afghanistan cannot survive,” it stressed.

“Should peace come, if that peace is to be sustainable, it will come at an additional price that only external donors can afford.

“That is why we have issued today’s report — to encourage policymakers to vigorously think about the ‘day after.'”

The US envoy seeking a peace deal with the Taliban is currently on a trip to Afghanistan and Pakistan that is scheduled to run through April 10.

The last negotiations between Zalmay Khalilzad and the Taliban closed on March 12 in Doha and appeared to make headway.

An outline of a deal is expected to see the United States withdrawing from Afghanistan in return for the Taliban promising not to let the country be used by foreign extremists — the reason for the US attack following the September 11, 2001 attacks.

But the talks have so far not included the Kabul government.

President Donald Trump has voiced impatience with continuing America’s longest war and late last year ordered the withdrawal of half the 14,000-strong US troop contingent. - APP/AFP