An American firm has proposed to suspend a tower in one of Dubai cities from space in what comes as an astonishing leap in tech-mechanics.

New-York based firm has proposed a futuristic design of a building that will be held in air with an asteroid suspending it through a high-strength cable. 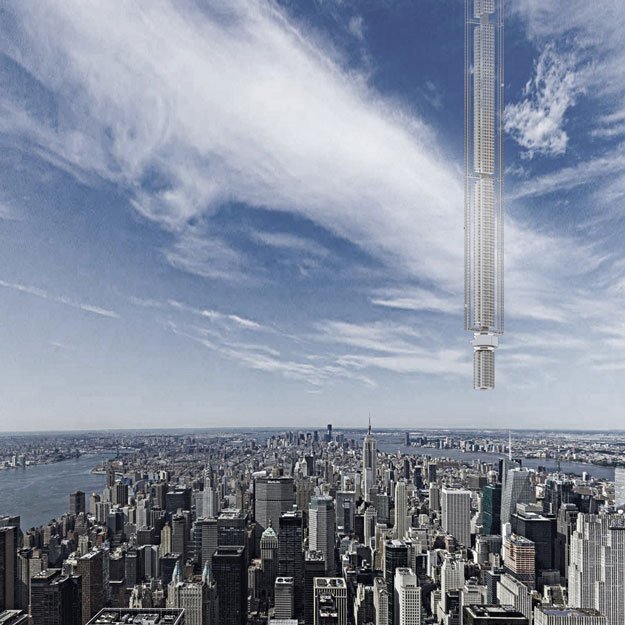 An illustration of the proposed tower

The firm describes the building as a structure that would invert the traditional, earth-based constructions as it will be supported from the space through a system called Universal Orbital Support System.

According to the US company, Dubai can be the most ideal country for the first-ever futuristic construction called Analemma Tower.

Dubai costs one-fifth of the amount builders demand to erect a skyscraper in New York.

It is predominantly known for the world’s tallest skyscraper that it boasts called Burj Khalifa.